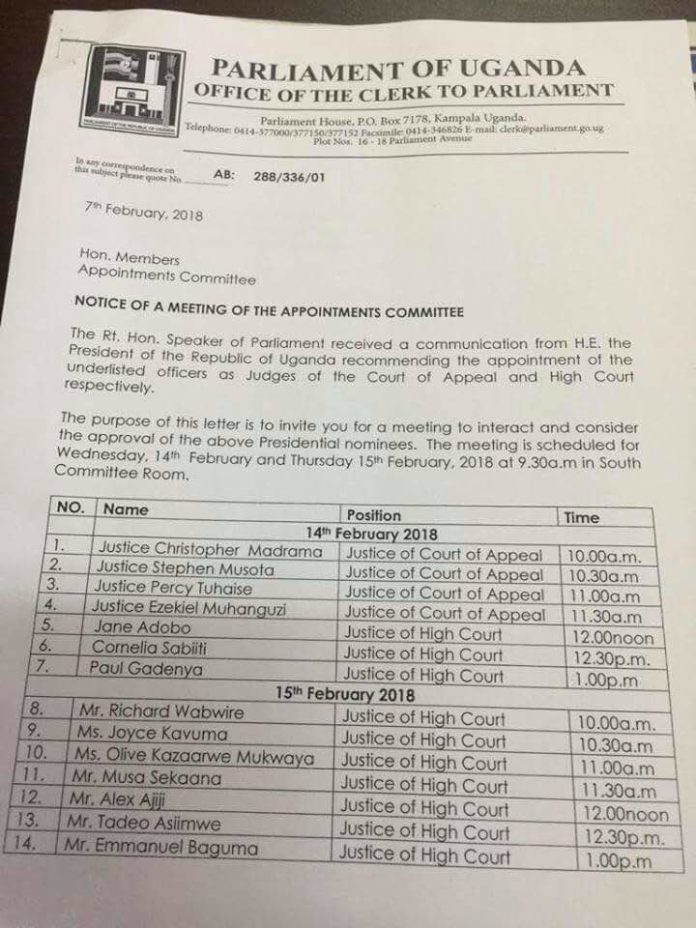 President Yoweri Museveni has appointed ten new Judges to the High Court and four others to the Court of Appeal.

The 14 appointees will appear before Parliament for approval on Feb. 14 and 15.

If all the nominees are approved, the High Court will have 63 judges, while the Court of Appeal will have 15 judges.