The Office of the President has called for the closure of Catholic Church-run Radio Maria in Gulu. 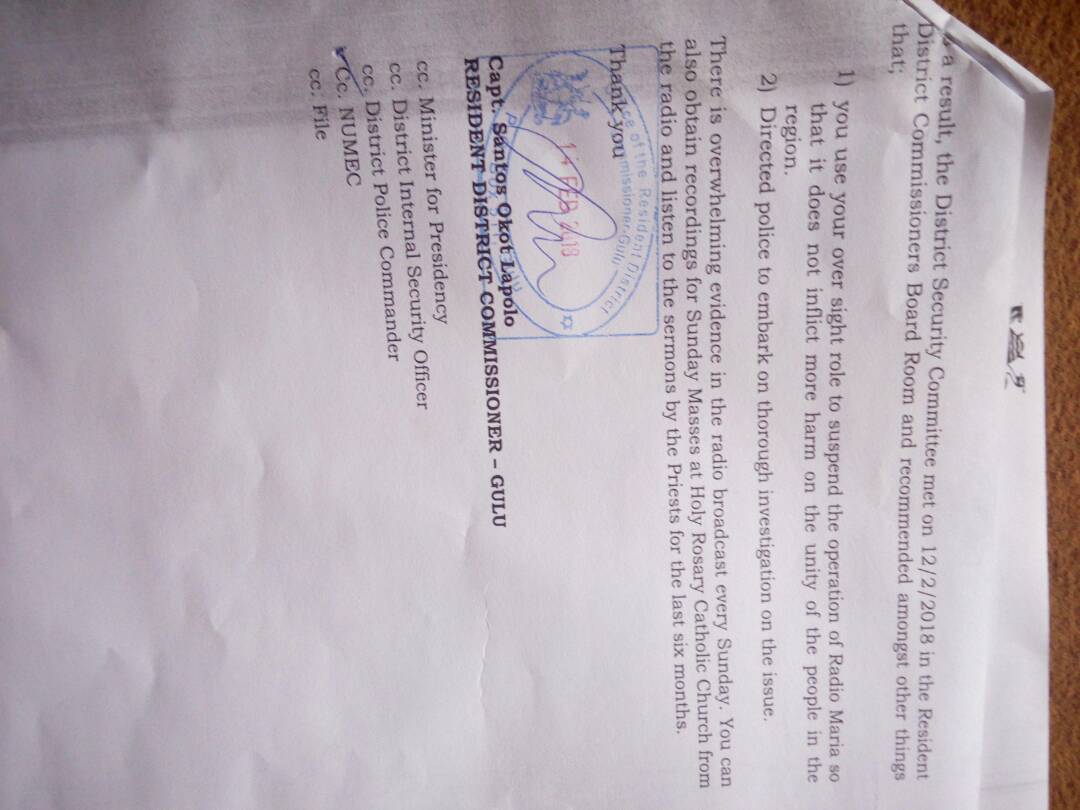 In a letter to the Ministry of Information and Communication Technology dated February 13, the Gulu Resident District Commissioner (RDC) Captain Santos Okot Lapolo, said that the district security committee had recommended the closure of Radio Maria after establishing that it has been preaching against Government and its programs, other faith based organizations and government agencies.

The letter is copied to the Minister of the Presidency, the District Security Officer (DISO) and the District Police Commander (DPC) Gulu.

The development comes in the wake of the Feb 11 accusations reportedly made by the Catholic Church priest Father Charles Onen against the Anglican Bishop of the northern Uganda Diocese Rt Rev Bishop Johnson Gakumba who they said, was involved in the burning of Holy Rosaries at Kaunda grounds in Gulu.