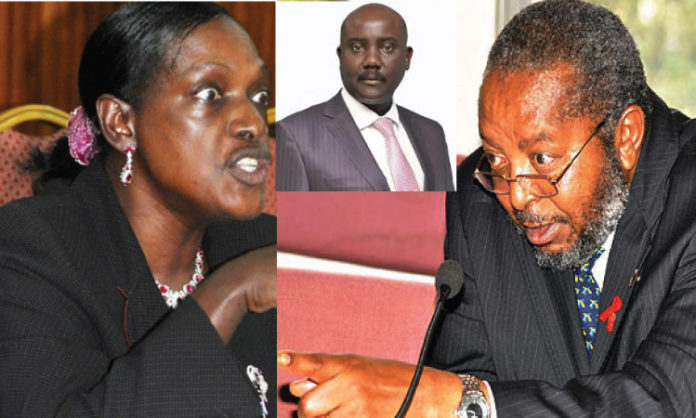 All isn’t well with outgoing Executive Director in Charge of Supervision Justine Bagyenda.
According to sources Ms Bagyenda is said to have travelled to Nakaseke after she secured an appointment with President Yoweri Museveni. It is alleged that Bagyenda made appointment with the head of state through one of the presidential aides whom she informed that she had information to share with him. Upon reaching the Kawumu presidential farm, she was kept waiting for close to three hours and upon completion of the tour of the farm with journalists, the president went and met her. Straightway she narrated her ordeal why she thinks she was treated unfairly when Bank of Uganda made changes and opted to drop her. It is rumoured that president told her promptly that she should carry her own cross. “Go carry you own cross, I have nothing to do with Bank of Uganda restructuring”. And the meeting ended.
There is tension in BoU after the restructuring with camps emerging.