The recently fired Bank of Uganda official- who is refusing to leave office- is not a poor woman.
Ms Justine Bagyenda has a bank balance of Shs19, 302441,183, details of three bank accounts Eagle Online has so far seen reveal. She made all that money in just six years from 2013 to this year.
Well, she was until recently, an Executive Director in Charge of
Supervision in an institution where money makes the first stop before the hoi polloi who under the usually hot sun of Uganda get a drop of it.
However, whereas her former boss, Emmanuel Tumusiime Mutebile come top as the country’s highest salary earner at just Shs53.3 million per month, Ms Bagyenda’s bank balances means that for the last six months, she has been earning- or saving- Shs266,7223732, or earning Shs66.6 million per week or if you want to be sure, Shs9.5 million per day. 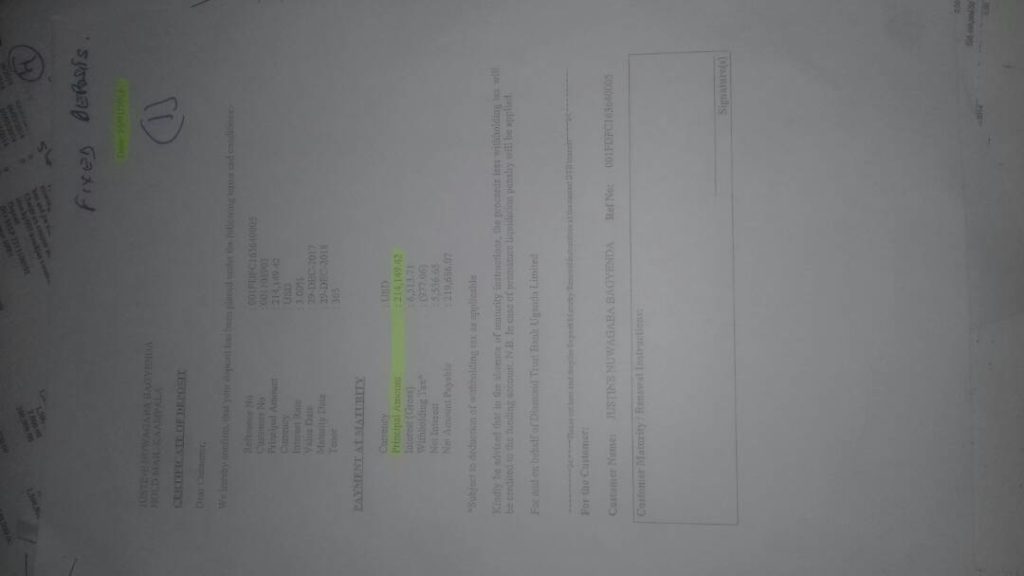 Did Ms Bagyenda earn all that money from salary? No, because no one in Uganda earns more than their boss. Plus, no government worker earns such.
Is she an astute business woman who knocked her hustle from way back and it started raining six years ago? It seems.
Analyzing the Bank Statements leaked to us, we see that in just six fixed deposit transactions, Ms Bagyenda accumulated Shs15 billion. 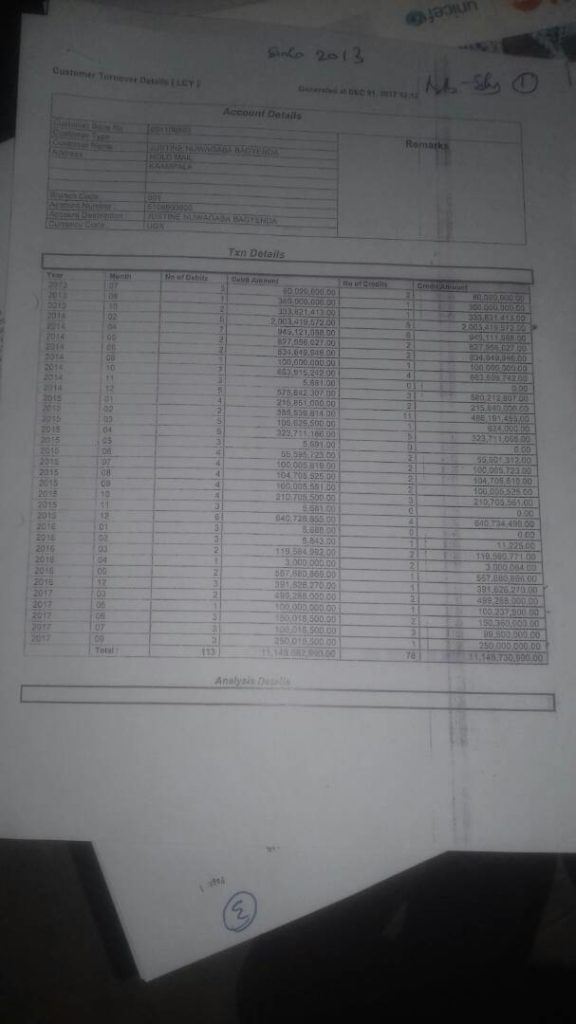 Don’t rush to ask the source of the monies she was fixing. We are
still investigating. It’s not her public salary, though.
She could not readily be got to comment on the story as her known phone number couldn’t go through but sample this,
in DTB, shilling account number 5106903903 described as ‘low start savings account’ had, as of 01 December 2017, had a total of Shs11.4 billion.
It is expecting another Shs429 million on 07 March 2018 when Shs179 million she fixed in September last year at 10 per cent rate matures.
By 21 October 2017, the shillings account at Barclays had a balance of Shs98 million.
Speaking of dollars, account number 5106903904 in Diamond Trust Bank, named Prime Dollar Saving, as of November 20, 2017 had US $1,074,450 which, at a conservative Shs3500 exchange rate translates to Shs3.76 billion.

The statement does not however capture the US $315,717(Shs1.1 billion) which, a certificate of deposit shows she earned from a fixed account transaction after she had deposited $176717 on 29 December 2016 at a 4.75 per cent rate. The transaction matured a year later.
The same account is expecting US $214,149(Shs750 billion) to drop on December 29, 2018 when a US $214149 fixed deposit she made matures.
At Bank of Uganda, Ms Bagyenda’s role was to supervise commercial banks to ensure they kept true to government’s regulations and all.
Knowing the corrupt fabric of most government officials, our source said, “Look, here is woman was the Ayatollah of commercial Banks. If she chose to turn a blind eye, a bank would get away with any wrong doing. 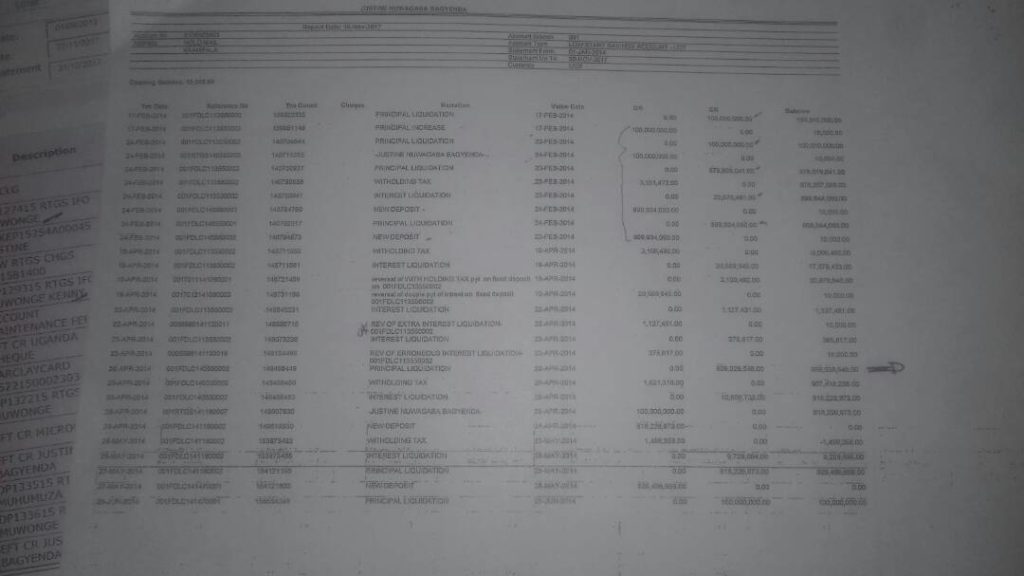 Do you think she is refusing to leave the just because it’s
illegal? It is because of the lucrative illegalities she has been
engaged in. She doesn’t want to lose the bread.”
Ms Bagyenda was defenestrated from Bank of Uganda less than a month ago and immediately replaced. She had been at the top institution for over decade rising through the ranks.
She has not taken her sacking lying low.
Just the other day, she reported to office albeit knowing that there’s a new appointee, arguing that her appointment ends in June and therefore it was irregular to sack her.

“She is in office and even yesterday she came and sat in office whole day without talking to anyone. We don’t know what will follow because the new director is supposed to start work on March 1,” our deep throat at the bank told us.
Ms Bagyenda has even attempted to meet the president that she looked
for him all the way to Nakaseke and waiting for three hours only for the president to tell her to “go carry your cross.” The President had washed his hands off her.
As and when she eventually agrees to go, she will surely not leave a poor woman.
More on Ms Bagyenda’s riches to come.

Bagyenda, whose contract at BoU was supposed to end June 2018, went on annual leave on January 22, but in a reshuffle announced by Prof. Mutebile, she was retired. In her place Prof. Mutebile appointed Dr Tumubweine Twinemanzi the new Director in charge of Supervision.