The Electoral Commission has refuted allegations made by Paul Mwiru, one of the candidates for Jinja Municipality East by election, that the National Voters’ Register for constituency has been inflated by over two thousand ‘ghost voters’. 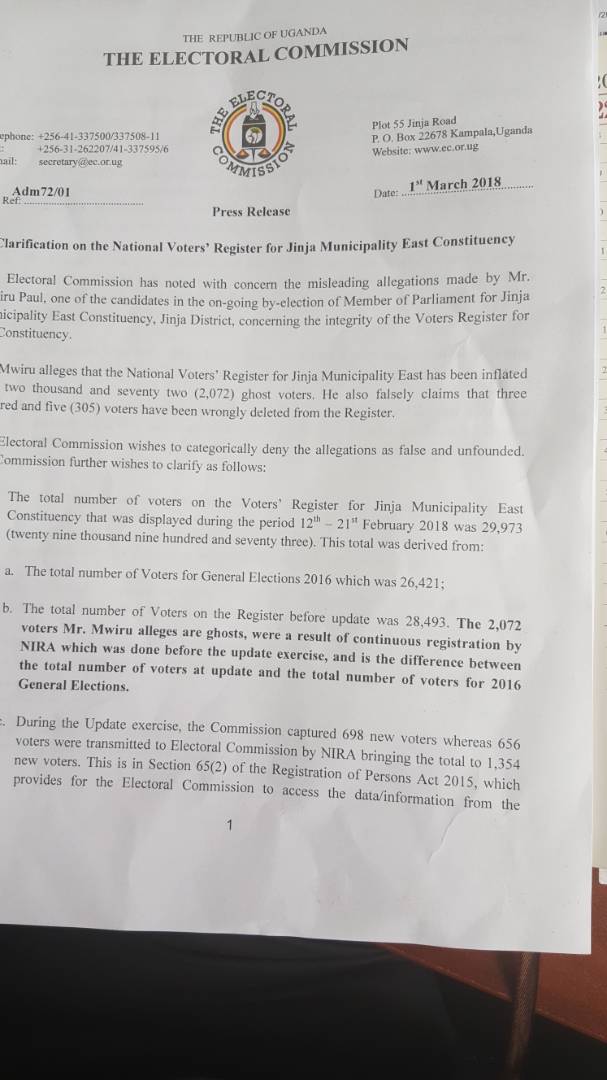 The Commission, in a statement signed by Chairperson Justice Simon Byabakama Mugenyi, also denied that there were 2097 ghost voters on the National Voters’ Register and that 305 others had been wrongly deleted from the Register.

‘The Electoral Commission categorically denies the allegations as false and unfounded’ the release indicates, giving the figure of voters as 29, 973 as at February 21, 2018, as opposed to the 26, 421 for the 2016 elections. 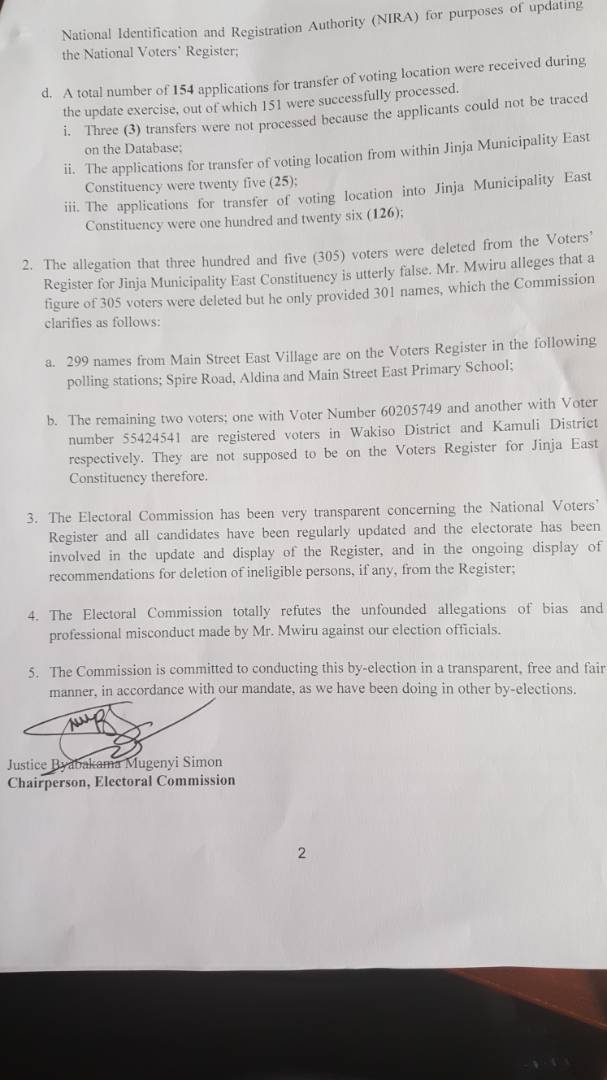 The EC also details several other issues it claims were falsely made by Mr. Mwiru, a Forum for Democratic Change (FDC) candidate.

So far eight people including Mr. Mwiru have expressed interest in the Jinja Municipality East by elections ordered by the Court of Appeal, after it threw out Nathan Igeme Nabeta over a ‘falsified victory’.