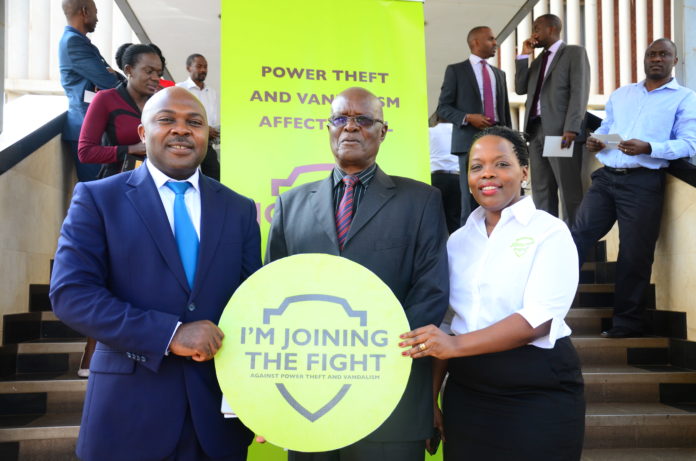 With heavy rains pouring across the country, Umeme Limited, the power distributor, is cautioning the public to be vigilant against fallen poles and sagging lines.
Mr. Stephen Ilungole, Umeme, head of Public Affairs encourages the public to report illegal connections and power thefts through the utility’s various free communication channels.
“I want to appeal to the public to support us by reporting incidents of illegal connections that continue to claim innocent lives,” Ilungole said.
At least ten people die weekly due to electrocution in Uganda, according to the 2014 Uganda Police Force crime report.
Most of the cases are reportedly in Eastern Uganda and Kampala city, especially in the slums where there are high cases of illegal power connections.
In the city slums, residents connect power through usually buried bare cables. Most of these cables are exposed to water during the rainy season, causing injuries and in worst cases deaths.
In 2016, Umeme organized a campaign dubbed “Wuuyo,” which was aimed at creating awareness on the dangers of illegal power connections, thefts and vandalism.
Ilungole believes that by creating public awareness, will help prevent electricity related injuries and fatalities to the public.
“The key objective for us is to create awareness for safe use of electricity and to alert the public on what to do in the event of an electrical accident,” he said.
He asked the public to be vigilant by reporting all illegal connections, unsafe network conditions or broken poles and conductors through the utility’s various free communication channels.