Ugandan socialite Bettinah Nassali was recently on the spot, all for the wrong reasons, when she confidently shared her disappointment over a pair of cheap knock off sneakers that she had been ‘tricked into buying’ during a recent visit to Cape Town. 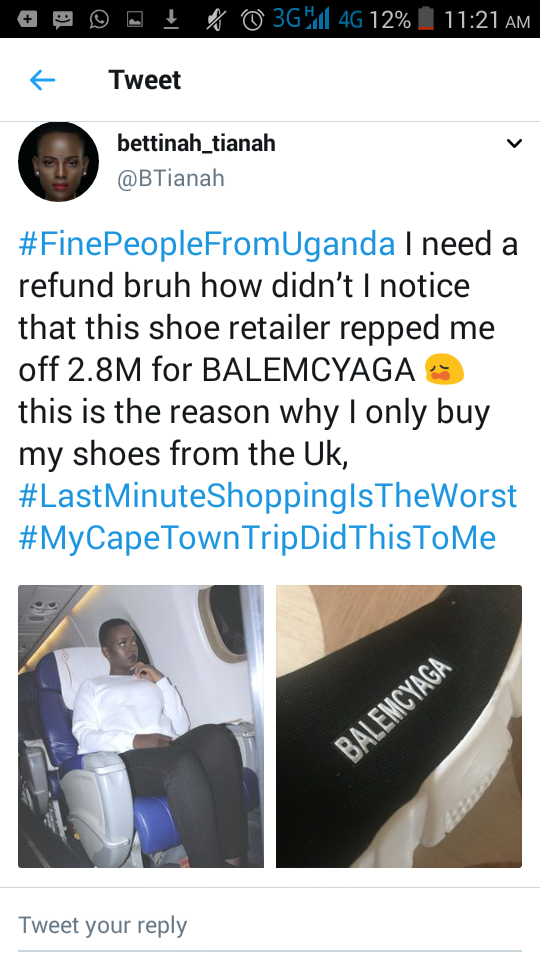 Indeed, despite the obviously misspelt ‘Balemcyaga’ logo emblazoned on the ‘coveted’ pair of shoes, the socialite parted with the equivalent of a whopping Shs2.8 million in order to get her feet into the Chinese rendition of the original Balenciaga footwear. 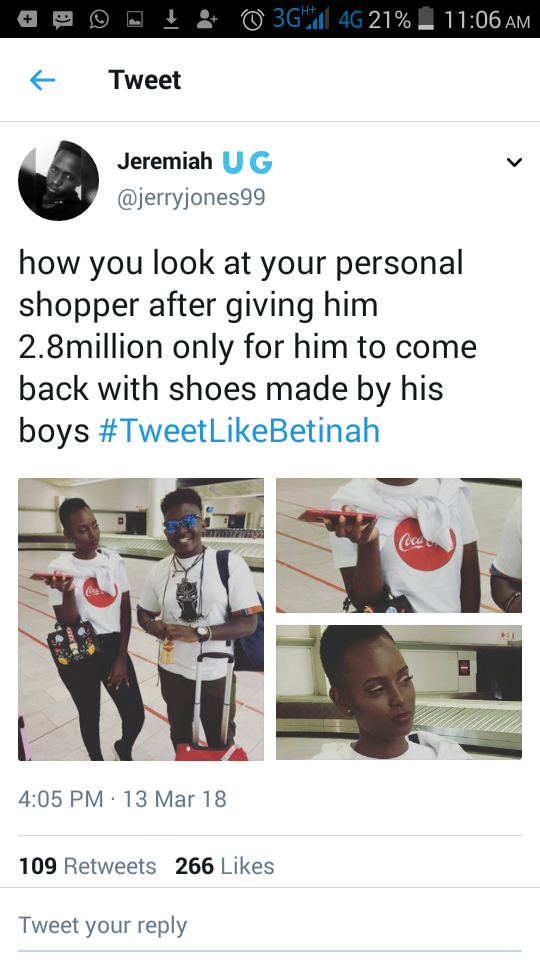 The Cavendish University final year student didn’t just stop at posting details of her counterfeit footwear purchase online but also ‘beat the buffalo’ when expressing herself in the English language:  Bettinah typed ‘repped off’ instead of ‘ripped off’, further casting doubt on the credibility of her Alma Mater.

This prompted many to take to social media platforms to express their doubts and discomfiture at the socialite’s brazen attempt at fooling them.

Below are excerpts from the showdown between Bettinah and her fans. 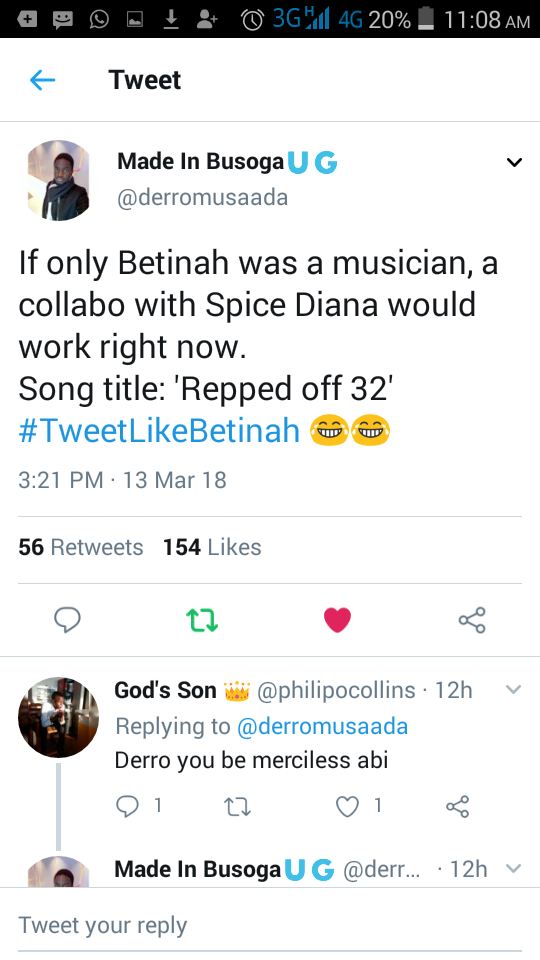