Leaked documents from telecommunication giant, MTN reveal that former Executive Director in charge of Supervision, Justine Bagyenda made mobile money transaction of close to Shs500 million on her number in three years.
The documents show that Bagyenda and her son, a one Robert Muhumuza both could have transacted to Shs500 million although most of the transactions on their numbers where deposits from other number. Much of the money didn’t last as it is immediately dispatched to other accounts.
She has been supervising any cash transaction in the country given her former role as in-charge of supervision at the central bank mobile money inclusive.
Eagle Online early reported that in two years, embattled Bank of Uganda Executive Director Justine Bagyenda wired Shs683 million to an account in Centenary Rural Development Bank held in the name of Kenny Muwonge, a man believed be her errand boy, as bank documents in possession show. 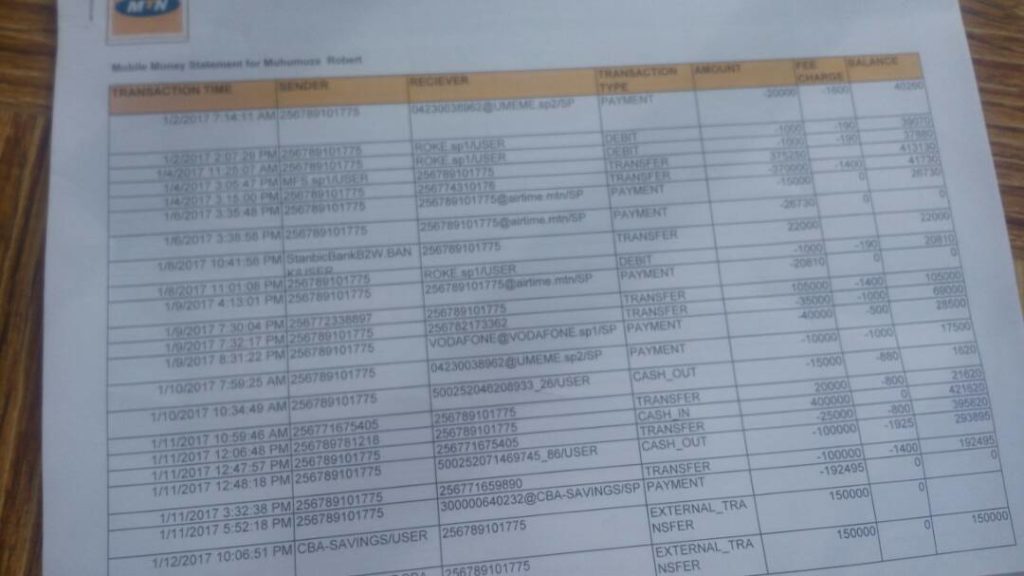 According to the documents, ‘Kenny Muwonge’s’ account in Centenary Rural Development Bank is SA 2120011273 (Mukwano Arcade branch/Ben Kiwanuka Street) and details indicate Ms Bagyenda used to send the money in tranches of shs20, 000,000 using the bank’s real time gross system (RTGS). RTGS is a system of payment made online from one bank to another and the payment goes through Bank of Uganda. It is real time because it takes two hours- you just make payment instructions to your banker instead of issuing cheques. 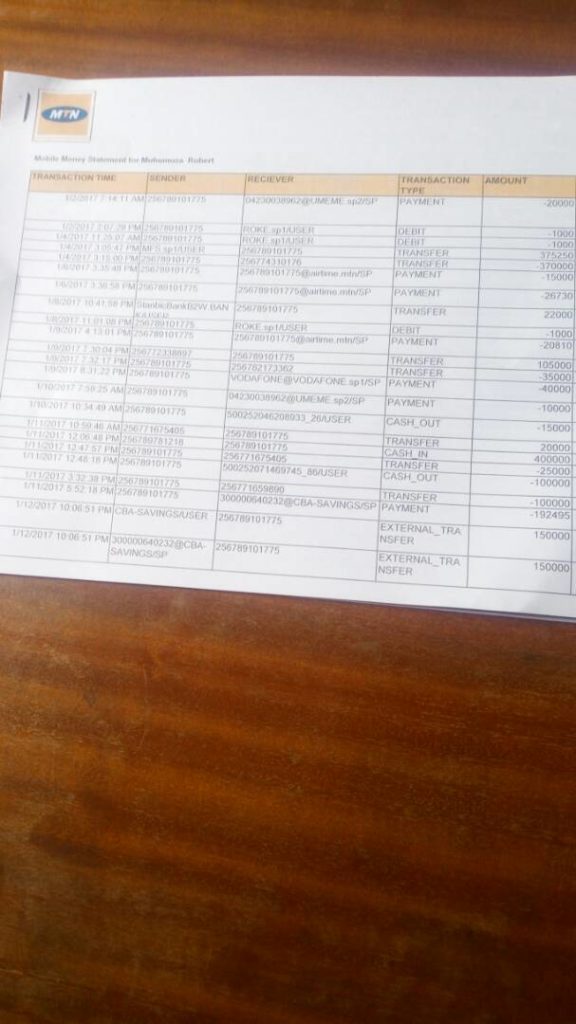 The Bank details in possession of Eagle Online cover the period 2014 to 2017. Ms Bagyenda, according to the documents, however, started making the electronic transfers to Kenny Muwonge on September 10 2015, with an initial shs20, 000,000 transfer from her Barclays Bank (Kampala Road Branch) Account. Similar transfers went on into 2016 where she was more less the only creditor to the Kenny Muwonge account. Anyhow, between 2014 and 2017, the account had seen shs2b pass through it, in 37 transactions with Mr. Muwonge.