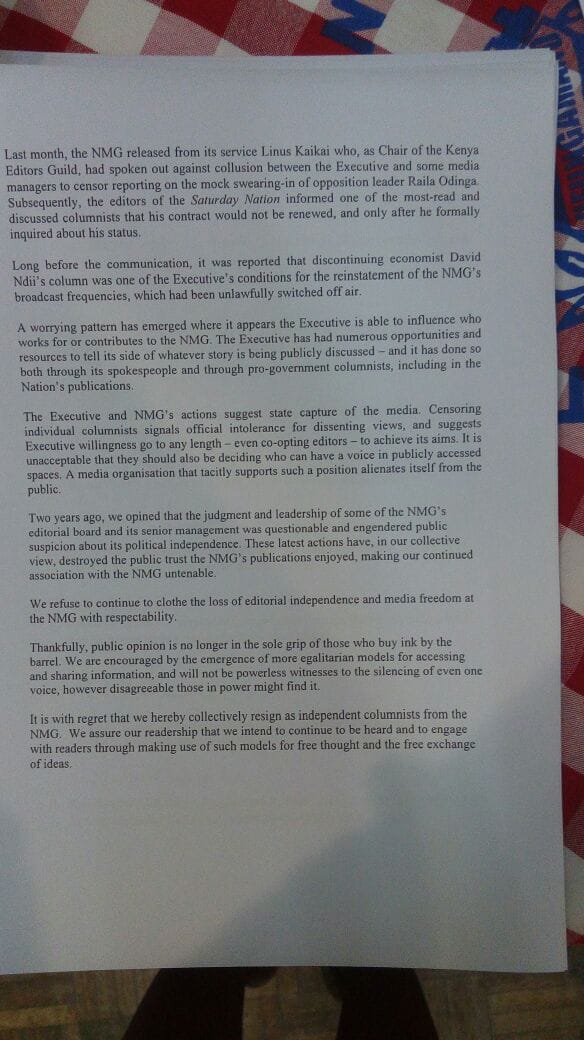 Eight leading columnists of the Nation newspaper in Kenya have decided to stop contributing, protesting against the discontinuation of their colleague Dr. David Ndii’s column in the Saturday Nation, and a series of staff termination including that of Linus Kaikai, Daily Nation Managing Editor Dennis Galava and leading cartoonist Godfrey Mwapemba aka Gado. 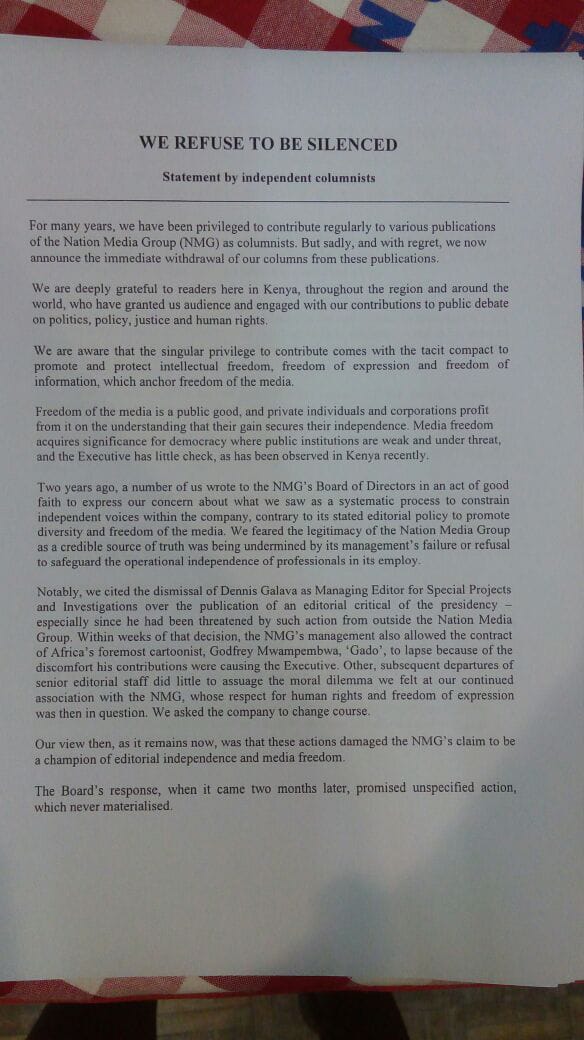 Dr. Ndii, a staunch supporter of opposition icon Raila Odinga, is a leading economist and sources said the discontinuation of his column in the Saturday Nation peeved the other columnists, who have since accused the Nation newspaper of stifling media freedoms.

About a month ago Dr. Ndii was told to stop writing his column by Nation Managing Director Tom Mshindi after the columnist reportedly accused the International Monetary Fund (IMF) and the Central Bank of Kenya (CBK) of ‘cooking’ figures about Kenya’s economy.

‘Two years ago a number of us wrote to the NMG Board of Directors in an act of good faith to express our concern about what we saw as a systemic process to constrain independent voices within the company, contrary to its stated editorial policy to promote diversity and freedom of the media…’ the letter by the columnists indicates in part. 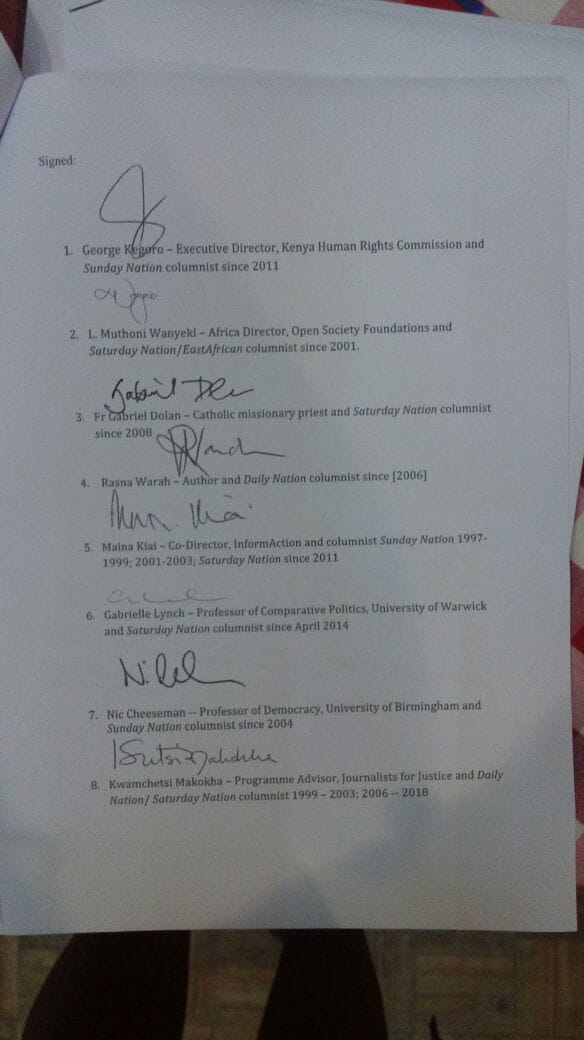 The columnists have been writing for the Daily Nation; Saturday and Sunday Nation for years, some dating back to 1999.