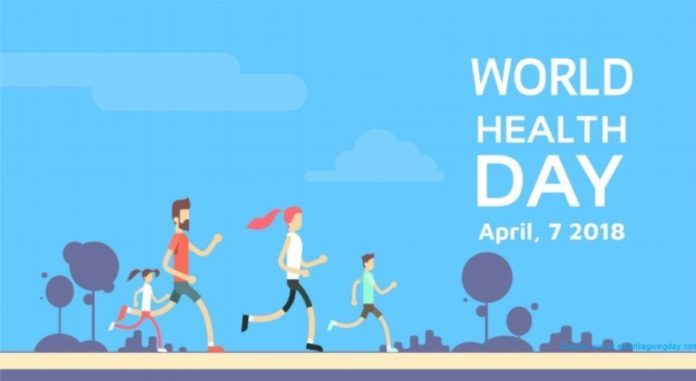 Every year on April 7, Uganda joins the rest of the world to celebrate the World Health Day and for this year the country will celebrate the Day in Makulubita, Luweero district, the ministry has indicated in a public notice.

This year, World Health Day is dedicated to one of WHO’s founding principles: ‘The enjoyment of the highest attainable standard of health is one of the fundamental rights of every human being without distinction of race, religion, political belief, economic or social condition’.

“Good health is the most precious thing anyone can have,” says Dr Tedros Adhanom Ghebreyesus, WHO Director-General.

“When people are healthy, they can learn, work, and support themselves and their families. When they are sick, nothing else matters. Families and communities fall behind. That’s why WHO is so committed to ensuring good health for all,” he adds in a press release.

The tagline for this year’s World Health Day is ‘Universal Health Coverage: everyone, everywhere’.

Globally, life expectancy has increased by 25 years since WHO was established. Some of the biggest health gains are seen among children under-5: in 2016, 6 million fewer children died before they reached their fifth birthday than in 1990. Smallpox has been defeated and polio is on the verge of eradication. Many countries have successfully eliminated measles, malaria and debilitating tropical diseases like guinea worm and elephantiasis, as well as mother-to-child transmission of HIV and syphilis.

WHO says it has made recommendations for earlier, simpler treatment, combined with efforts to facilitate access to cheaper generic medicines, have helped 21 million people get life-saving treatment for HIV. The plight of more than 300 million people suffering from chronic hepatitis B and C infections is finally gaining global attention. And innovative partnerships have produced effective vaccines against meningitis and Ebola, as well as the world’s first ever malaria vaccine.

According to the press release, every year, WHO studies influenza trends, to work out what should go into the next season’s vaccine. And it remains on constant alert against the threat of pandemic influenza. One hundred years after the flu pandemic of 1918, WHO is determined that the world should never again be subjected to such a threat to global health security.

“A renewed commitment to prevent outbreaks from turning into epidemics, and to respond better and faster to humanitarian emergencies, has spurred the creation of a new health emergencies programme that works across all three levels of the Organization. WHO is currently responding to outbreaks and humanitarian crises in more than 40 countries,” it says .

WHO says that next month, at the World Health Assembly, it will propose “a bold new agenda that builds on lessons learnt and experience gained over the past 70 years. It will focus on achieving universal health coverage for One billion more people; protecting One billion more people from health emergencies and enabling 1 billion more people to enjoy better health and wellbeing – by 2023, the halfway point to the 2030 Sustainable Development Agenda deadline.”