East Africa is the fastest growing region in Africa and according to a new report released by FinTechs, it has a combined GDP growth rate of 6.2 per cent.

Growth in the region has been driven by low commodity prices, regional integration efforts as well as heavy public investments. In addition, a decreasing inflation rate, low depreciation rates and a stable tax revenue to GDP ratio have all contributed to over 315 per cent increase in FDI inflows to the region over the last decade.

Private sector innovation has led to a technology revolution in the region. In particular, the M-Pesa revolution, government investments in Konza City, and the launch of innovation labs in the country have made Kenya the technology hub of Africa. This niche market is estimated to be worth $1billion by 2019.

This revolution has also brought about an increased flow of VC funding to the region. In 2016, out of a total of $121.9 million invested in East Africa startups, Kenya accounted for 76 per cent of this amount. 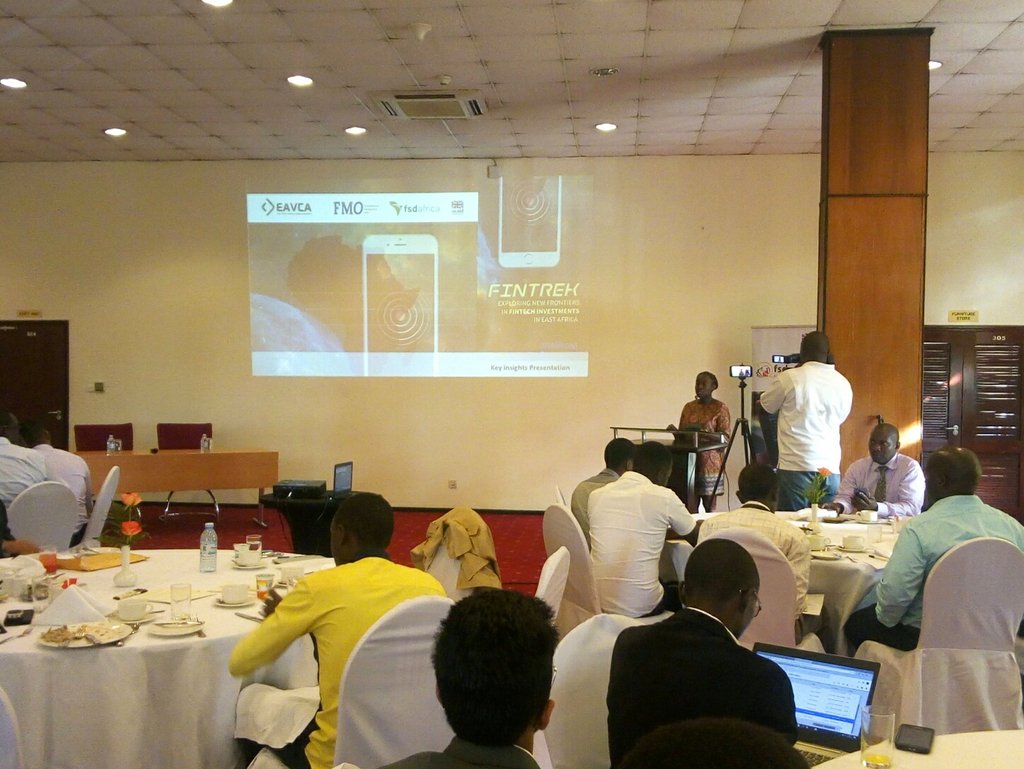 Identifying the immense technological opportunities present not just in the region, but also the continent, multinationals have set up offices to leverage the market.

Kenya serves as the regional office for most of these multinationals which include Google, IBM, Oracle, and Visa International.

East Africa has one of the fastest growing population in the world; growing at 2.7 per cent CAGR compared to the global rate of 1.2 per cent, creating a huge demand for basic services which includes financial services.

Given the already low penetration of formal financial services across all the countries, this increasing population is bound to widen the gap further and with a larger portion of the population concentrated in the rural areas, there is an increased need to come up with innovative ways of increasing access and usage of financial services especially in the rural areas henceforth the main reason behind Fintechs success in the region.

Apart from Kenya, the deposit penetration and access to banking services in the other East Africa countries is relatively low.

It’s thus not surprising that East Africa has always been hailed as the torchbearer to the fintech industry, driven by the same key – Use of alternate data, Peer to peer transactions, and the rise of non-traditional players offering financial services.

But the principle enabler in the region has been strong mobile and internet penetration, in the bottom of the pyramid segments, which have driven success using basic ussd technology.

Although currently low at 19 per cent, internet penetration in the region has been growing driven by a number of factors including the increase in smartphone adoption, rising middle class, increase in purchasing power, as well as ICT developments in the region.

Internet penetration subsequently enables e-commerce, online payment and processing, social media activities, distribution of financial services and the collection of large amount of data resulting from these activities. All these activities give rise to FinTechs.

Commenting on the findings, Evans Osano, the Capital Markets Development Director at FSD Africa, said: “We are excited to have supported the Fintrek market research report together with FMO, Intellecap and EAVCA as partners and launching it to the investment marketplace as a whole.”

“The Fintech sector in East Africa is gaining momentum and has grown tremendously; CAGR 65 per cent in the last seven years. Fintech innovations continue to disrupt financial markets. We expect this disruption to spread further into the capital markets,” Osano added.

Given the increased interest from investors in this sector looking for potential investment opportunities not only for sectoral and risk diversification but also better returns, Osano said they believe the findings of this report will augment investments and partnerships within the Fintech space.

Speaking at the same event,  Financial Sector Deepening Uganda (FSDU) Executive Director Jacqueline Musiitwa said that the FinTech industry have developed fast and is increasingly getting acknowledged as a financial services sector of the 21st century.

Universally, it is accepted that FinTech has the potential to reduce costs and improve efficiency, allow customers to transact seamlessly and in real time, and improve providers’ understanding of customer behaviour and needs, allowing for the personalisation of financial services.

“At FSDU we strive to promulgate and enhance the cause to include majority of women, men and other disadvantaged Ugandans and refugees who are financially excluded to be able to access financial services. We do this by ensuring that we generate evidence and use such evidence to supports devolution of inclusive policies and products.”