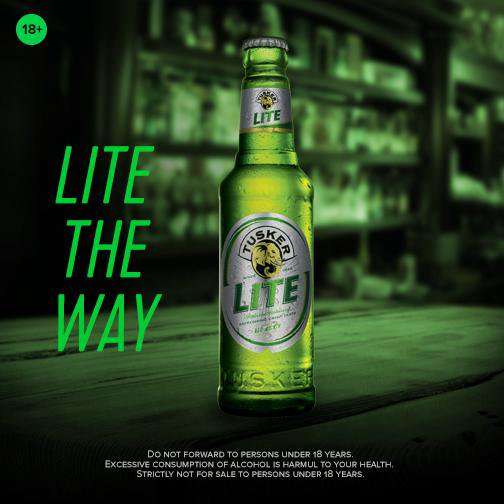 The Tusker Lite brand of Uganda Breweries Limited (UBL) is poised to light up the streets of Kampala with Uganda`s first-ever night run on June 9 this year.

The two kilometre run to be flagged off at 7pm will give revellers a unique opportunity to break a sweat while having fun at the same time.

Organised under the theme Light the Night, the start and finish point of the Tusker Lite Kampala Night Run will be Torino Bar and Restaurant in Kololo.

According to Estella Muzito, UBL’s Head of Beer, this is an event which will combine glamour and excitement, and Tusker Lite is really excited to be at the heart of this unique experience coming to Kampala for the first time.

“There are few things that can beat the pleasure of a night run with friends that is capped by a great party with fun people,” Ms.  Muzito added.

Speaking on behalf of the event organisers, Walter Muleyi confirmed Police had provided assurance that the participants in the night run will be safe.

“We have secured Police and KCCA permissions for this event. There will be security deployment along the entire route and traffic will be managed during the short time the run lasts,” he said.

Meanwhile, organisers say the night will get even better as the end of the run will mark the beginning of the glow in the dark after party, where the finish point will turn into a hive of activity for the runners-turned-partygoers, with drinks and adrenaline jerking games on offer until late in the night.

Participants will set off from Torino Bar and Restaurant, heading for Upper Kololo, through Impala Avenue, onto Lugogo Bypass and then returning to the set-off point.

At the finish line, each participant will be ushered inside for the rest of the night’s activities which will include dancing challenges and German shots, with various prizes at stake.

In keeping in tune with the events fun theme, participants in the run can look forward to an evening where they literally glow in the dark, thanks to various fancy glow accessories that will be available to runners. These will range runners’ kit to glowing wrist bands and other accessories.

Prizes will be given for categories including: shortest time to reach the finish line; first runner-up; second runner-up; most creative runner; most stylish runner; most lit/glowed up runner and; best squad. The prizes will include vouchers for designer sports gear, medals and gym bags.

To top off the night run, will be performances from Fik Fameica, Cindy, Beenie Gunter, Latinum and Allan Toniks with DJ Simples, Ciza and DJ Mary Jo.

Buy a six-pack at selected supermarkets and register for the run. You can also buy tickets at Torino Bar, Definition Store Acacia Mall and online via quicket.co.ug for only Shs30, 000.