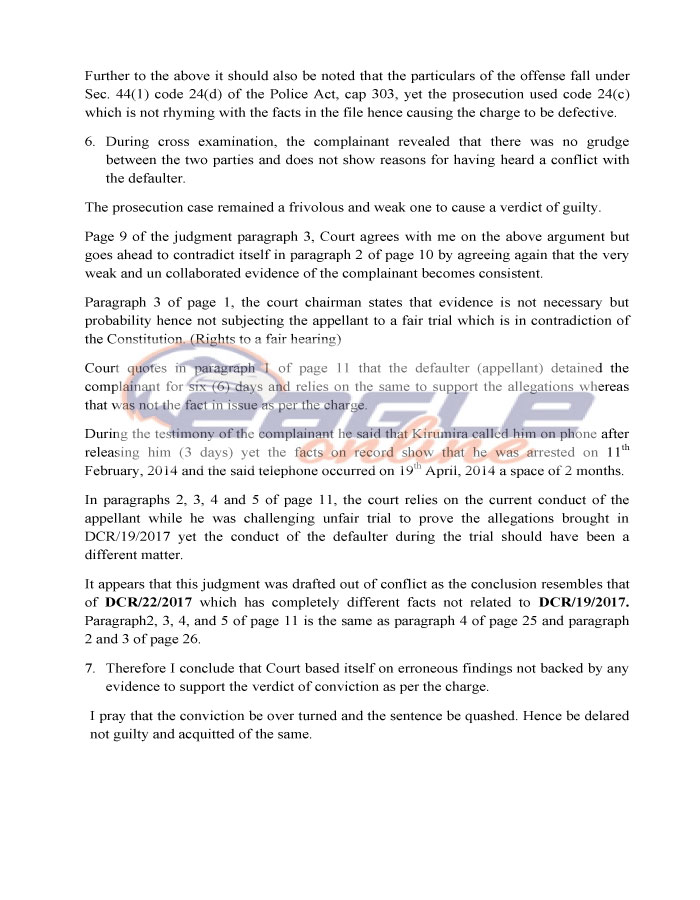 On April 19 Kirumira was convicted for unlawful use of authority and the police tribunal ordered he be demoted by two ranks, from Assistant Superintendent of Police (ASP) to Assistant Inspector of Police (AIP). 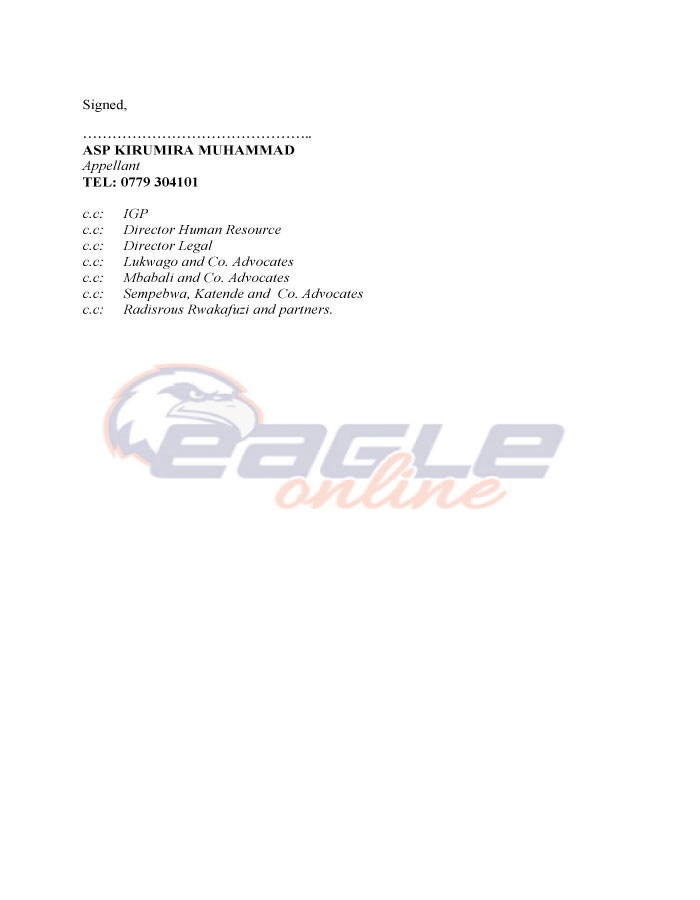 But challenging tribunal’s decision, Kirumira argues that it based on erroneous findings to convict him. He cites the matter of one Kamadi Kayizzi who, he argues, testified to have voluntarily shifted to another place despite Kirumira being pinned for his forceful eviction.

“They failed to produce other witnesses including the said wife (principle) of Kamada Kayizzi whom I allegedly ordered to vacate and others including the landlord and the defense Secretary Mr. Genza Muhammad,” reads part of the petition.

He also noted that tribunal declined to consider the evidence of the defense and its submissions yet court was notified that the prosecution did not produce the communication details between the said telephone contacts to the effect of proving the said threats via phone.