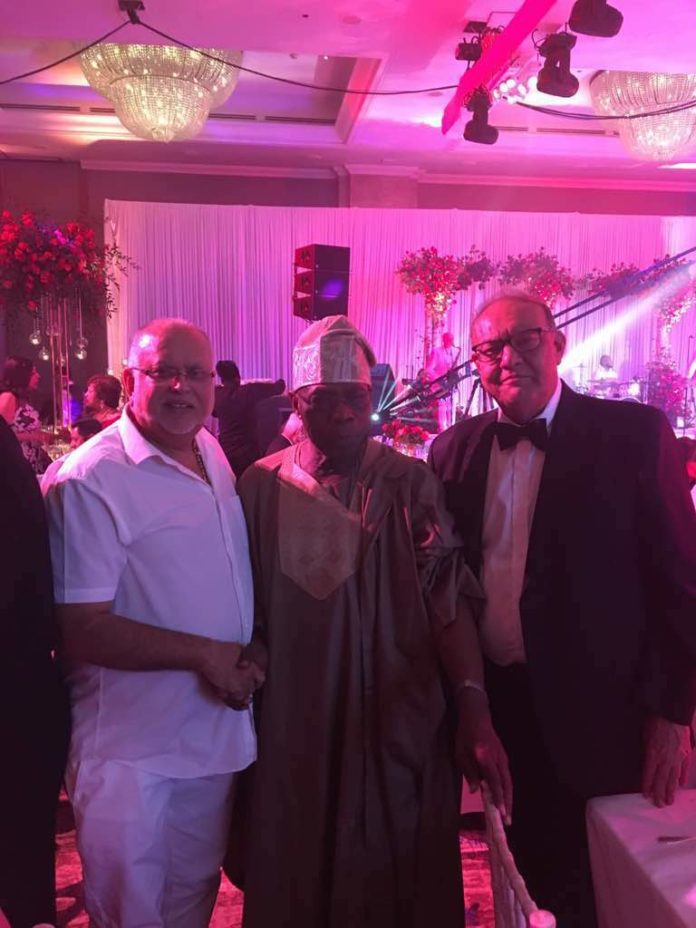 City tycoon Sudhir Ruparelia has met former Nigerian president Olusegun Obasanjo in London where the two discussed business.
Obasanjo is credited for turning around Nigeria from failed military junta to number one economy in Africa.
The two met at a wedding at Raju Thakrar daughters’ Sabre and Ronak wedding at Hilton Hotel park lane London.
The parents of the girl are friends to both Obasanjo and Sudhir.

Sudhir is diversifying his business and of late, as he has been scouting around for land to venture into large scale farming.