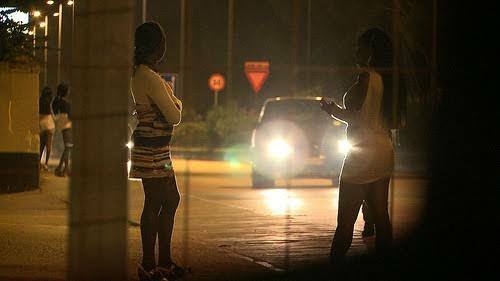 Authorities in Thailand on Wednesday rescued over 40 Ugandan women from a human trafficking racket.

According to Kampala Metropolitan police, the rescued were enroute to Asian countries of Brunei, Darussalam, Cambodia, Indonesia, Laos, Malaysia, Myanmar, Philippines, Singapore, and Vietnam where they are used as slaves.

The head of the Thailand Anti Trafficking in Persons Task Force (TATIP), Lt. Gen. Jaruvat Vaisaya, said Ugandans were the majority in the rescue mission, describing it as one of the largest number of people rescued in recent years.

Lt. Gen. Vaisaya told AEC News, a Thailand news site that so far, seven Ugandan human trafficking victims have returned home, while others are currently at the immigration department International Detention Centre in Bangkok to assist police in investigations.

“I’ve been ordered to shutdown human trafficking into and through Thailand. The Prime Minister has made this a national agenda item and we intend to make sure the goal is achieved. There will be no more using Thailand for the terrible crime of trafficking people”, he said.

He explained that the women are promised good paying jobs to work in supermarkets and other segments of the Thailand service sector and given money before they are convinced to leave Uganda.

“Once they get to Thailand they are told there is no job, the money they were given at home and any other money they have is taken awwy from them,” he said.

He added, “They are also told they have a debt to pay; sometimes this is up to $40,000 even before they do any work. How can they ever pay that?”

It is suspected that they use ‘black magic’ to have victims comply to their demands.

He also said different methods are used to have women speak. “If they cooperate we can finish our investigation and prosecutions faster, meaning they can go home sooner,” he is quoted as saying.

Lt. Gen. Vaisaya said they are investigating to see if foreigners caught in raids conducted searching for those illegally in the country are involved in human trafficking as either a victim or a trafficker.

The news comes in after the Ugandan government recalled its Ambassador to United Arab Emirates (UAE) Nimisha Madhvani after she claimed Ugandan girls were being sold in slave markets.

The desperate search for casual jobs abroad has continued to haunt jobless Ugandans particularly women who are trafficked to the Middle East Arab countries by unscrupulous agents to work as domestic servants.

The women, it is alleged are later subjected to inhuman treatment, including sexual abuse.

The Ministry of Labour, Gender and Social Development has tried to streamline procedures for employment abroad by liaising with labour exporting companies to ensure the job seekers’ rights not violated at their work stations away from home.