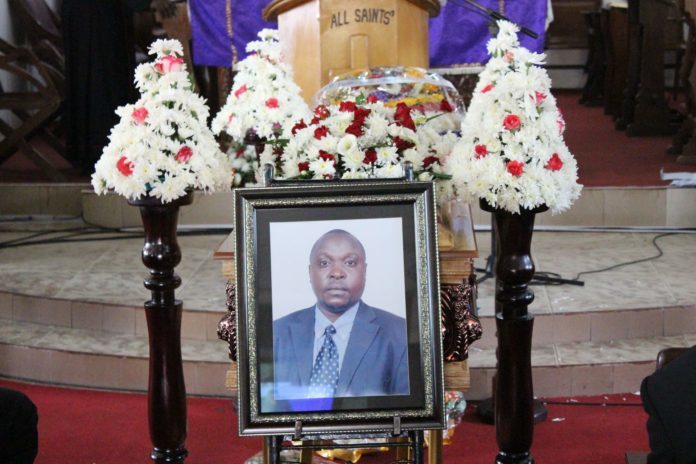 The family of Richard Mafabi, the deceased Makindye Court chief Magistrate wants a special investigation including postmortem carried afresh to ascertain what could have killed him.

According to sources close to the family, the fresh inquiry could possibly reveal what could have killed him. Although an autopsy was done, details of it revealed a blood clot on the head and at the same time, we could not establish why the family wants investigations now.

Mafabi, 51, collapsed and died on Sunday October2, 2016, as he was being rushed for treatment at Mukwaya General Hospital in Nsambya, a city suburb.

A close relative of Mafabi who was at the death bed says his death remains suspect because hardly five minutes of his death, two police officers arrived at motorcycle Mukwaya General Hospital and introduced themselves as police doctors who had been sent to takeover.

“Immediately doctors pronounced him dead, two gentlemen arrived on a motorcycle and announced that they had been sent to take over the body and arrangements.
“We surrounded but as family we don’t know who sent them and why they were so quick in taking over the body,” the family member said.

Mafabi was the judicial officer who handled the high-profile case in which the Inspector General of Police Gen Kale Kayihura and a dozen of other police officers were sued for allegedly torturing supporters of Opposition leader, Dr Kizza Besigye.

He had previously handled a case in which city tycoon Wilberforce Wamala who was murdered at his home in Mutungo, a Kampala suburb, alongside his shamba boy Sadiq Mugerwa on February 3, 2012. This very case is said to have had top police officers implicated and so, could the family be right to insist on the fresh investigations?