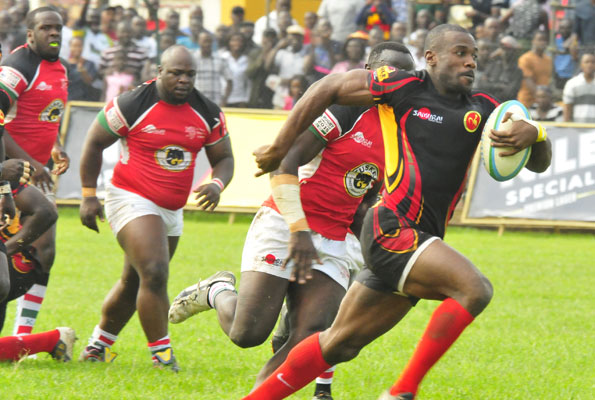 Kampala: Uganda is set to face off against Kenya in the first leg of Elgon Cup at the Legends Rugby Club in Kampala.

The game comes in awake of preparations for the forthcoming Rugby Africa Gold Cup schedule for this year that will serves as the African qualifying round for the 2019 Rugby World Cup in Japan.

Under intense training activities that has been conducted under the tutelage of Robert Seguya training camp in Jinja, Uganda had two build up games between South Africa supa-Babas side in April this year.

Unlike Uganda, Kenya has not played any competitive game this year however they have been busy in various training sessions at Nanyuki. The team had competitive intra games and it is working around the clock defeat to outsmart Uganda in the coming match.

However according to Robert Seguya, his focus is not on Elgon cup instead is eying for Rugby Africa Gold Cup where Uganda will take on Namibia on June 16 before visiting Nairobi on July 7 for a clash with the Simbas in Elgon cup.

According to statistics, Kenya stands a safer side after it has always floored Uganda and emerging as the giants whenever the two teams met. In 2017 first leg game Kenya defeated Uganda at 23 to 18 point.