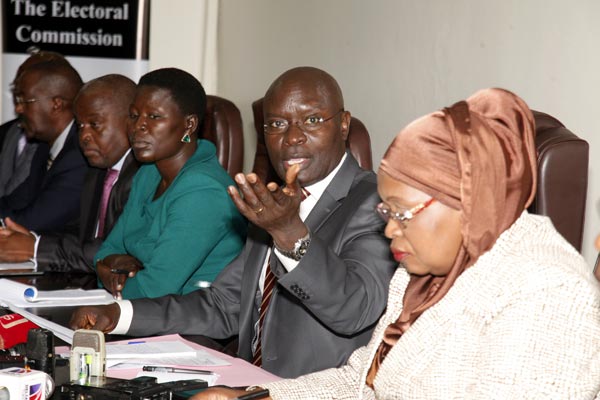 Kampala: The Electoral Commission has set July 10, as the polling date for the much anticipated local council (LC 1) that were last conducted in the 2001.

In November last year, High Court Registrar Sarah Langa issued an interim order blocking the EC from organizing the LC1 elections after ‘concerned citizen’ James Tweheyo petitioned court, arguing that holding of the elections would disenfranchise O and A level students, who were are at that time sitting for their S.4 and S.6 exams.

Addressing the media today, at the commission headquarters, EC chairman, Justice Simon Byabakama asked government for declaration of July 10, as a public holiday for students and civil servants to participation in the exercise.

“Last year’s LC elections were halted for not observing and complying with the electoral laws, however, the matter was settled in court, we were availed with school calendar and ordered to organize elections within stipulations of the law,” justice Byabakama noted.

He revealed that the elections will be conducted t at the cost of Shs22.1 billion after government availed them additional funds of Shs6.2 billion.

According to Justice Byabakama shooting crime rates in the country has been linked to lack of legal LC leadership therefore, “we asked government to avail us more funds to meet public outcry of abetting crime”.

LC I elections were last conducted in 2001 and have not been held since then.