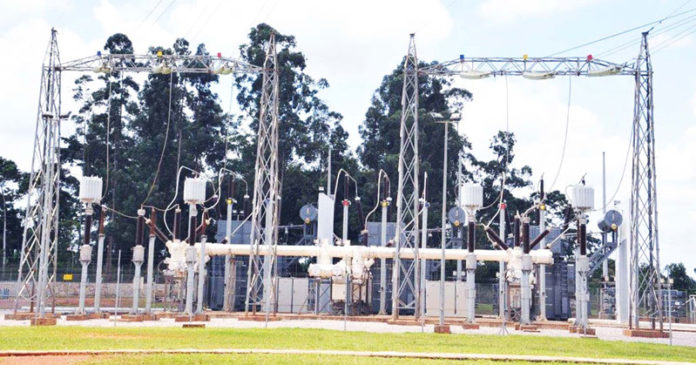 All isn’t well at Uganda Electricity Transmission Company Limited as works are reportedly grumbling over nepotism that has seen work come to a standstill.

It is also said because of several top bosses at the agency trying to have their relatives hired in companies doing consultancy, most sites have been abandoned due to increment of expenditure to accommodate the relatives.

Eagle Online has learnt that a company in the name of Isolux that was working on Tororo and Mirama substations was chased away under clear conditions when work at the two stations was about to be commissioned.

And the reason according to a source at UETCL was due to the complaint brought by the leaders of Isolux over the pressure under which they were being pushed to employ more of the relatives. The case is currently before court.

“Another contractor Jyoti, works have stopped on the transmission because the contractor is complaining of delayed payment and poor management with UETCL” the source said. Adding “For Kalpataru it is even worse”

Accordingly, it is said that contractors that have obliged to the terms and conditions of UETCL top brass, have continued to be given lucrative contracts and this can be seen by the way how NCC that did extension on Bujagali has been awarded with Mutundwe-Entebbe project and yet there were complaints against NCC by some members of the board on shoddy works.

Another set of allegations are that the board chairperson of the board Peter Ochanda frequently travels for training abroad that is meant for staff and the same gentleman made sure his daughter Duchess Ochanda was allegedly recruited in UETCL through the back door.

According to sources, another board member Sarah Irumba made it possible to have a daughter (Deborah Tukesiga) in the same organization. Some workers allege that some of the reasons why there is sloppy work and nepotism is because the board has been in place since 2008 and to further demonstrate their point , they say the board never advertised for position of Managing Director Willy Tiryahika and yet there were many competent people internally who had expressed interest in the job.

“We are requesting the Inspector General of Government to interest her or office into this matter because there is a lot and we can’t fair treatment in meetings. We want her to start with the case of double compensation on Masaka road. UETCL paid Church of Uganda to pass a line and after, the church sold the land to another person at a village called Karatiya but UETCL is considering this claim. We suspect it is an internal job” said a source.

When contacted for a comment, Ali Munila, the Spokesperson of IGG said she was in a meeting and would only comment after.