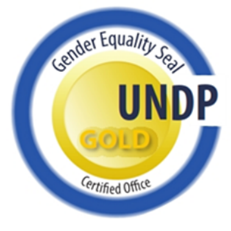 The Entebbe branch will extend international financial services to more than 2,691 United Nations staff in the country, 79 per cent of which are Ugandans.

UNFCU has also partnered with a local bank – Barclays Bank to further ease transactions for members. Pursuing its mission of “Serving the people who serve the world”, UNFCU serves the personnel of the UN and their family members, and concentrates its operations within countries of critical United Nations presence and activities.

“We are delighted to have another UN entity setting up in Uganda. The opening of this Representation Office is a testament that Uganda represents a truly significant economic relevance not just to the United Nations, but that, it also truly serves as an economic hub to countries in the region,” Ms. Rosa Malango, the UN Resident Coordinator/UNDP Resident Representative said. “The United Nations Federal Credit Union will no doubt serve to improve this economic position of Uganda in the region,” she said.

The financial institution will provide services to UN staff from other parts of the region including the Democratic Republic of Congo, Republic of South Sudan and Rwanda; expanding the Credit Union operations in Uganda and contributing to a considerable foreign exchange circulation within the Ugandan economy, the UN Resident Coordinator noted.