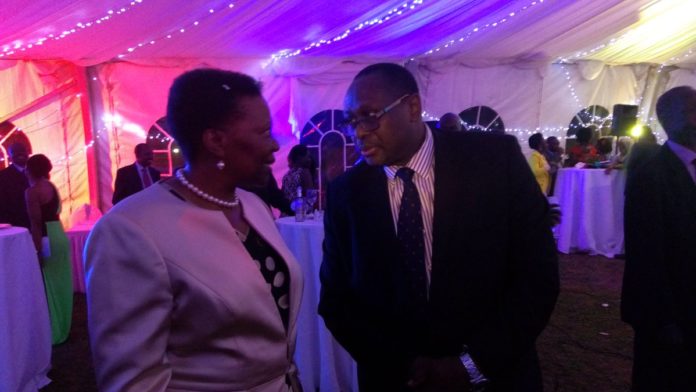 The nepotism, tribal favoritism and clique-ism at Uganda Electricity Transmission Company Limited could be deeper than we had earlier wrote.

Early this week, we published a story on how, because of conflicts caused by different top bosses trying to have their relatives in lucrative projects, contractors are abandoning work and therefore stalling government targets.

Just after the story went up, a whistleblower from within UETCL texted us saying we just scratched on the surface of a very big problem.
“This article has unsettled a lot of people within the UETCL but I can give you more information if you promise to protect my identity,” the text from the whistleblower went, and a meeting was immediately arranged.

It is a story of a Chief Executive Officer apparently hiring his son, looking on as staff form cliques paying allegiance to different board members and undermining due process. It is a story of heads of departments using their positions to favor female staff they are emotionally involved with. It is a story of lucrative jobs and field trips being reserved for sons and daughters of the bosses and or those who are willing to offer emotional love portions to the bosses.

“If you want to go to a field trip which has some good per diem, you have to include a son or daughter of a boss or their girlfriend within the company so that your requisition gets processed and approved very fast,” the source said.
The identity of the source shall be protected for the sole reason that the information they shared can make them lose their job.
According to the source the Chief Executive Officer, Mr. Willy.K.Kiryahika, has a son named Henry Kamugisha who he brought in while he was serving as Deputy CEO.

He added “Ever since his father became CEO he comes to office whenever he feels like. He works as the Project community liaison officer on the Kawanda-Masaka project,” the source said adding that the Mr Edward Mutesa, the principal projects officer who is supposed to supervise him, gave up on him for fear of rattling the relationship with the Chief Executive Officer.
When contacted, Mr Kiryahika said he was out of the country but will have to involve his lawyers before he gives any further comment.
“Unfortunately I am out of the country. I cannot respond at this point. Need to consult my lawyers,” a text message he sent read.
Mr Kamugisha, on his side, said he was employed through the right procedure.
“I applied like any other. I sat the interviews and was successful,” he said adding, “It is not true that I come in whenever I want. I always report to work and the results can speak for themselves. The person who gave that information is disgruntled. There is no truth in them.”

Mr Mutesa told Eagle Online that whoever is accusing him and the top managers is frustrated after management decided to discipline errant employees at the government parastatal.
“We are tightening the nuts on errant characters,” he said, adding that he doesn’t have any sexual relationship with Ms Bekunda as alleged.

The whistleblower had told Eagle Online that Mr Mutesa’s raise was a result of cliqueism where a board member pushed to manage to create for him a position by splitting the environment section erstwhile headed by Mr John Othieno into two departments. That Mr Mutesa also has a love relationship with one of the staff who he endlessly gives trips.

So what the bosses do, the source said, is to bring in their relatives on a less questioned six months contract and later promote them from within to three years or five years depending on what avails itself first.
A three year contract has all the benefits of medical, gratuity, and leave allowance. Whereas a six months contract does not get anything, there is no much difference in their job description.
“Deputy CEO, Mr Kalibala Valentino brought in his daughter(name withheld because we were unable to get her phone number to get her said of the story) to work as Project community liaisons officer on the Gulu Lira Agago project on a six months contract.

“When she was in the sixth month, a three year contract was internally advertised and no one else bothered to apply for the job because everyone knew it was reserved for (her) so that she is elevated for to three months, which ultimately happened,” the source said.

Efforts to reach Mr Kalibala for his side of the story were fruitless as the official could not answer our calls or respond to our messages.

UETCL’s ‎Principal Public Relations Officer Pamela Nalwanga Byoruganda said all workers at the company are qualified and that they were recruited into service via an open recruitment process.

She said those accusing management of incompetence, nepotism, favoritism and others are disgruntled fellows who want to tarnish the company’s image especially in government, donors and the like.

“Please do not run that story. It has no truth in it. They are lying,” she said.

Asked whether the company’s top executive was not competent as alleged by the complainant, Ms Nalwanga said, “Why was he selected if he was incompetent? My boss is steering the company as mandated and with competence.”

Member of Parliament and vice chair of the Equal Opportunities committee, Hellen Asamo said they have not received any complaint but if the committee receives a complaint with the supporting evidence, they will petition the Speaker of Parliament to have an investigation launched.

“There is nothing wrong if a relative of a person with required qualifications is employed in the same organization as long as they have followed the right procedures. If there is evidence to the contrary, the committee can petition the speaker for an investigation,” she said.