The Inspectorate of Government has in the press release confirmed that it is investigating the former director of supervision at the Bank of Uganda, Justine Bagyenda who is alleged to have accumulated too much wealth through corruption.

Ms Bagyenda was sacked by her former boss, the BOU Governor Prof. Emmanuel Tumusiime Mutebile in February even as her official retirement was due this month of June. Mutebile has never given reasons as to why he sacked Ms Bagyenda.

Regarding investigation of Ms Bagyenda’s wealth, the office of the Inspector General of Government (IGG) says in a press release of June 29, 2018: “This is to inform you that the inspectorate is conducting investigations on allegation of wealth of Justine Bagyenda, and when we complete these investigations, the report will be shared with relevant authorities only.” 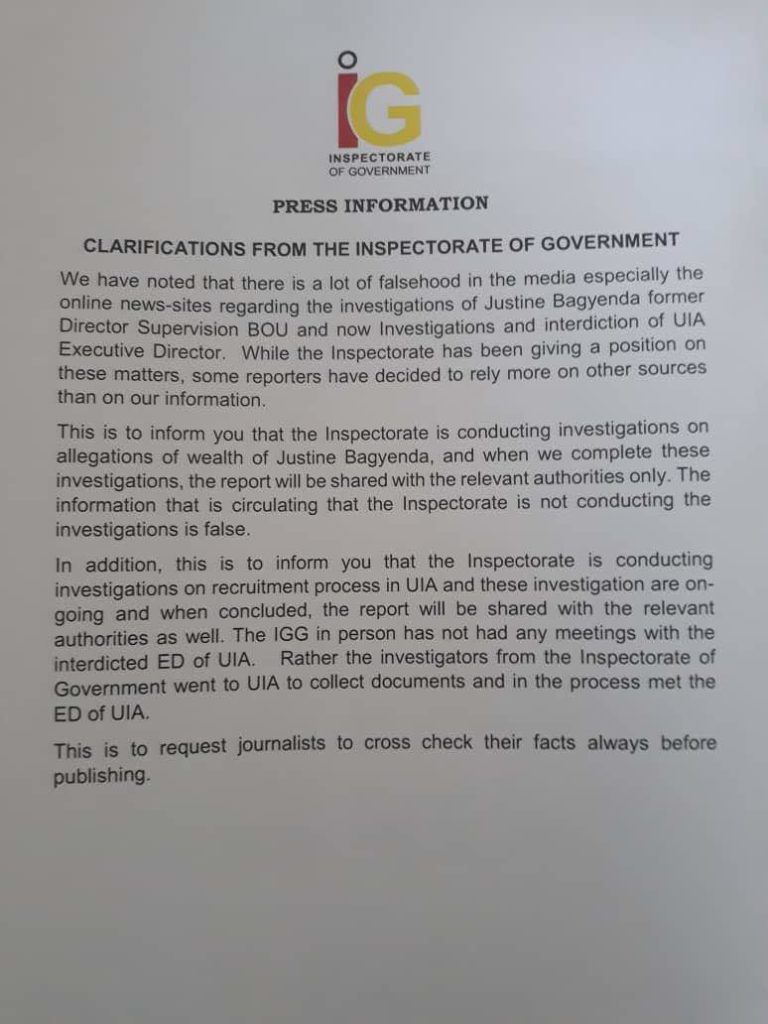 Meanwhile, the same office says it is investigating recruitment at the Uganda Investment Authority (UIA) whose Executive Director. Jolly Kaguhangire was days ago sacked by the board on allegations of nepotism, corruption and incompetence.

The press release says the report of the investigations at UIA will also be shared with relevant authorities, adding that the IGG Irene Mulyagonja has not met Ms Kaguhangire in person since her sacking that has turned controversial.