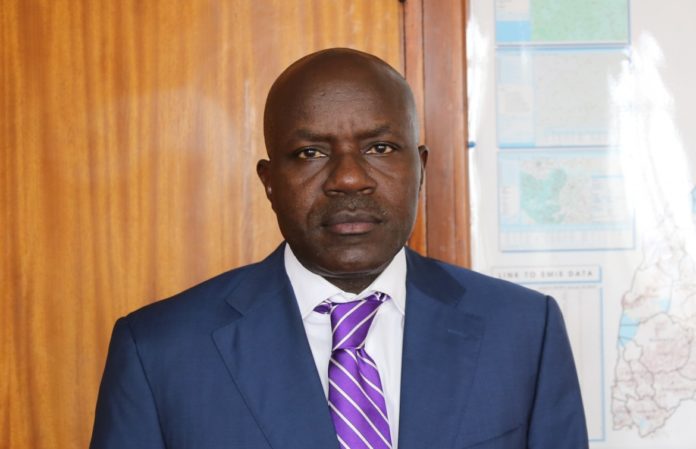 The Ministry of Education and Sports official has been forced out of office under unclear circumstances.
Martin Muhanga, a Senior Internal Auditor got into trouble for reportedly questioning approved payments to an unfinished World Bank funded project.

Muhanga was forced out of office on June 1 2018. “His office was broken into by senior ministry officials under the supervision of area police boss a one Sempijja,” a source told Eagle Online.

How trouble started for Muhangi
Early this year, the Ministry of Education and Sports contracted a UK firm, Mott Macdonald Limited to carry out consultancy services for the Education Sector Early Childhood Development (ECD) policy review under the Uganda Teacher and School Effectiveness Project (UTSEP) and the Global Partnership for Education (GPE) Project.

The project funded by World Bank costs US $100 million and Shs5 billion would go for the review of early childhood policy. “Government has been short in the area of childhood policy. Most of this has been in the hands of the private sector and so, this project was intended to streamline that,” said an insider at Education Ministry.

The consultancy started its work and was to have a Technical Reference Committee in place whose role was to qualify payments to be made to the contractor. The terms of reference given to the consultancy company included the review of reports and documents from the consultancy firm before submission to the relevant working groups and authority.

However, a February 2018 meeting convened by State Minister for Education, Rose Mary Sseninde discovered that whereas the inception report had been done and fully in place, the meeting realized that there was a problem with milestones 2, 3 and 4.

“Although 2 and 3 had been paid and the preparation to pay for milestone 4, the final comment of the contract manager showed that milestones 2, 3 and 4 had issues,” a source noted.

Expenditure
Whereas milestones 2, 3 and 4 were said to have had issues and did not call for payment, a letter dated Feb 26, 2018 authorized payment for the fourth installment.

“The submitted Zero Draft ECD report forms the basis upon which consultations will be made and whose input will inform the final product. This is therefore to forward the claim for onward processing for payment,” a letter by Contract Manager, ECD Policy Review at the Ministry, Assistant Commissioner Ibrahim Bigabwa reads in part. Interestingly, the requisition was written and forwarded a day before the Sseninde meeting was held towards the end of February 2018.

Insiders say Muhanga is wanted out for questioning controversial payments. Upon landing on the Milestone four requisition for payment, Muhanga wrote two letters on March 16, 2018 and March 20, 2018 to the Assistant Commissioner Internal Audit and Contract Manager ECD Policy Review respectively questioning the inconsistencies in the payments and also offered guidance.

“Payments to the consultant continue to be processed through his office and yet the clear process of paying for consultant services is not being followed,” the letter to the Assistant Commissioner Internal Audit reads in part. Muhanga added that before payment was made there was need to review the payment so that government gets value for money from the consultant.

“Refer to your report to the Minister of State for Primary Education where you highlighted the status of Milestone four as ongoing validation by the Technical Reference Committee and that was as at Feb 27, 2018 and yet you signed loose minute forwarding for payment on the Feb 26, 2018 a day earlier than your progressive report to the Minister. This confirms that you actually forwarded documents for payment for unfinished product by Mott Macdonald because by this time according to your progressive report, the TRC was still validating the Consultant’s work. One wonders what you were paying when you did not have a complete product from the Technical Reference Committee…” Muhanga wrote to Bigabwa. “In the view of the above audit observations, please clarify on why the process of payments for reviewing of the ECD policy by Mott Macdonald was handled that way. I would be glad if individual written submissions are made for final consolidation of a report on the subject.”

In what appeared to be a response to Muhanga’s letter however, Bigabwa, authored a document on March 16, 2018 reporting lost consultancy payments even upon receiving Muhanga’s.
“I allocated the payment request and all the attached documents to Mrs. Sukie Bainomugisha, SIA, to verify and revert to my office for review. I have been informed that you picked the said payment request from her desk, in her absence and without her knowledge, on Monday March 12, 2018 and went with it….” Part of Bigabwa’s letter reads.

“The purpose of this memo is double; to demand that you return the document to the officer from whose desk you picked it with minimum delay; to advise you to desist from such unprofessional conduct in furtherance of government business,” Bigabwa said.
A few days later, the office of Muhanga was broken into and some documents were taken. His lock was also changed to restrict him from accessing it.
Contacted for a comment Muhanga declined to comment on the matter, referring us to the ministry spokesperson, Muhinda.

We have however, learnt that the ministry has filed eight cases against Muhanga at the Criminal Investigations Directorate in Kibuli. The cases include; abuse of office, embezzlement, neglect of duty, theft of documents, threatening violence, disobedience of lawful orders, fraudulent recruitment and promotion and causing financial loss. Eagle Online has established that the man at the centre of the fight is PS Alex Kakooza who is trying to shield others officials at the ministry including those that sold tablets that were purchased to distribute to Uganda National Examination Board (UNEB) and other top officials. Eagle Online couldn’t reach Kakooza as his phone was off.