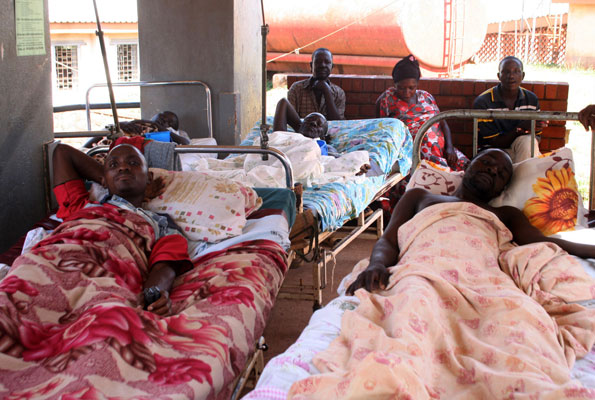 Latest data from Sauti za Wananchi brief on Ugandans’ views on governance, information and citizen engagement shows that six in ten citizens (59 per cent) cite poor health services as one of the top three problems facing Uganda today, more than for any other issue.

Sauti za Wananchi is a new initiative that uses mobile phones to regularly collect information from a broad cross section of Ugandan citizens.

Inflation and the high cost of living is cited by four in ten (38 per cent) and a lack of jobs by one in three (33 per cent).
When it comes to their own households, six in ten citizens (58 per cent) name inflation and the high cost of living as one of the top three problems they face. This is more than for any other issue, though the poor quality of health facilities follows close behind, named by just over half the population (55 per cent), and hunger / drought, also mentioned by half (49 per cent).

Six in ten citizens (62 per cent) say that because government is run by a few powerful people there is not much that an ordinary citizen can do to influence government, preferring this over the statement that the average citizen can have an influence on government decisions.

Citizens are evenly split on whether avoiding tax is “understandable” when services are not provided or paying tax is a civic duty (51 per cent-49 per cent).

A majority (60 percent) of those who had contact with the police in the last year, say a bribe was either directly requested (47 per cent) or expected (13 per cent) in order to get assistance or speed up services. Half (50 per cent) say they paid a bribe.