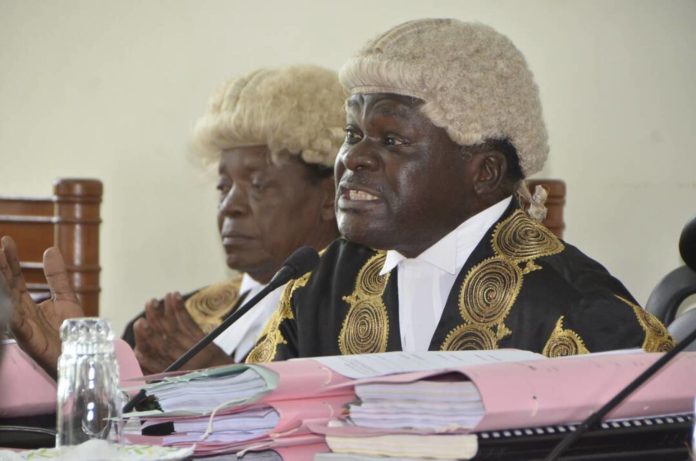 President Museveni has lashed out to a panel of five judges that quashed the elevation of legislator’s term of five to seven years saying Ugandan judges spend more time on form and not substance, on procedure and not substance.

“In the end, however, the judges are not the ones in charge of the country. If the NRM MPs follow my guidelines and bond closely with the people, through wealth and job creation, we can, together with the people, make the necessary Constitutional reforms, judges or no judges.” Museveni wrote.

Last week five judges led by Deputy Chief Justice Alfonse Owiny-Dollo, Remmy Kasule, Elizabeth Musoke, Chebrion Barishaki and Kenneth Kakuru unanimously nullified the section saying it violates article 77 of the constitution, a planned ambush issued against Clerk of Parliament’s awareness and it was endorsed for selfish motives. They contended that voters were not consulted.

Museveni who is in South Africa said five years term, a lot of time is spent on electioneering and less time on development.
He said, the Constitution should facilitate the modernization of Uganda and the economic and political integration of Africa for the survival of Africans not just the theatre of democracy of form without addressing substance.

The Judges should have taken into consideration the recent L.C.1 and Women Councils and Committees elections which gave massive victory to the NRM, soon after the age limit and the seven years’ debate.

“We shall harmonies and galvanize our position. The undemocratic age limit nonsense was clear. ‘Nibagaya Engabo oti mwihemu abagurusi?’ (How can you say old soldiers should be disqualified when everybody’s efforts are needed because the good soldiers are not enough?),” he said.
In their ruling the four judges except Justice Kenneth Kakuru upheld age limit act expunging both the lower and upper presidential cap of 35 and 75 years.

They ruled that the enactment of the law did not breach any provisions of the constitution agitating that parliament followed due constitutional process.