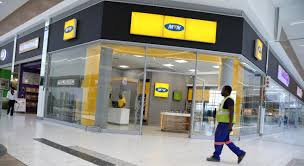 Uganda has asked MTN Uganda to list some of its shares on the Uganda Securities Exchange (USE) as a condition for renewing its operating licence, a top official has said.

The Executive Director of the Uganda Communications Commission (UCC), Godfrey Mutabazi, said recently that Ugandans should be able to own a stake in the company which has operated in the country for 20 years.

“We are evaluating the conditions of (licence) renewal and that’s one of the points we are discussing,” he said referring to listing shares on the local Uganda Stock Exchange (USE).

According to Mutabazi local listing is one of the conditions for renewing MTN’s licence.

“They have not shown any resentment to that proposal at all,” he said. MTN Uganda’s licence expires in October this year.

The company some months ago hinted it had plans to list on the USE.

It has dominated the market in Uganda for the two decades. It is the largest telecommunications firm by subscribers, followed by a subsidiary of India’s Bharti Airtel and other smaller players.

According to the financial results last year, MTN Uganda has a subscriber base of 10.7 million while its revenues for the year surged 10 percent to US$356.34 million.

Recently, MTN Uganda has faced criticism on social media platforms like Twitter and Facebook from some subscribers about data bundles getting used up quickly and the firm not responding to their complaints.

In May UCC said it would investigate MTN after criticism on social media about its mobile money policies.

An extra headache for MTN and other telecoms in the country is also coming from a new tax measure on access to use of popular social media platforms like Facebook and WhatsApp which some analysts think will hurt growth in the sector.

“MTN is an investor here and they have been here for 20 years…to go beyond, I would argue that they have been here long enough they should be identified as Ugandans and the only way to do that is to list so that Ugandans can have a stake in that company,” Mutabazi said.