The army has dropped charges of illegal possession of fire arms against MP Robert Kyagulanyi a.k.a Bobi Wine.

Sitting in Gulu this morning, the Army Court Martial chaired by Gen Andrew Gutti immediately after 10 minutes after dropping the charges.

The former reggae artiste turned Member of Parliament recently made headlines worldwide after him and several other opposition members were captured in Arua and believed to have been tortured mercilessly with some MPs like Honorable. Zaake Butebi hospitalized with serious injuries. 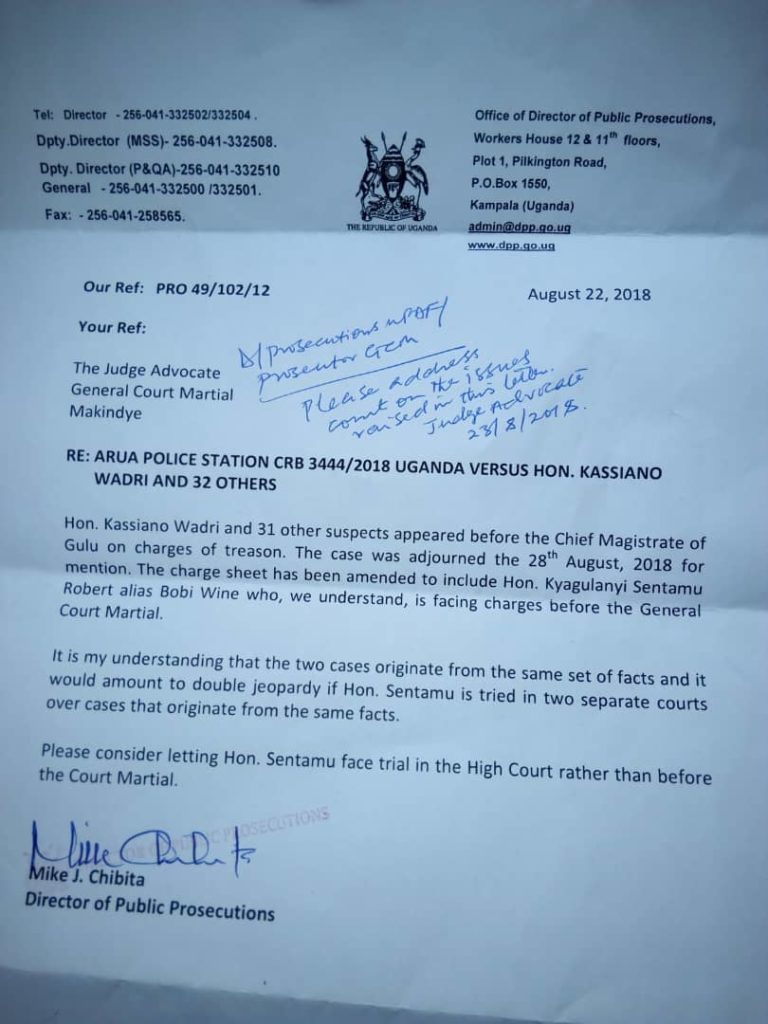 Bobi Wine and 33 members of the opposition were charged with cases of treason and inciting violence after the presidential security detail claimed that a stone had been thrown at one of the presidents vehicles, shattering its rear window, during the Arua riots that also left a one Yasin kawooya(Bobi Wine’s driver) dead at the hands of police.

Bobi Wine’s release follows many riots and demonstrations that ensued all over the nation and neighboring Kenya calling for his release.

On social media, Ugandans were joined by other nations all over the globe who advocated for the mps’s immediate release and the resignation of the President and his current regime. The Kyadondo East l;egislator was however, re-arrested by same army.