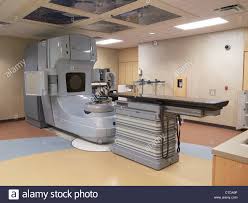 According to a statement released by Dr. Orem, the computer system that operates the machine is currently showing error and that required a machine to be stopped to have the problem rectified.
He said the management has already contacted the manufacturer who will soon been jetting into the country to rectify the error.

“The problem will be fixed in less than a week’s time for patients to receive radiotherapy treatment. The need to rectify system error is aimed at ensuring safety of patients and protecting the machine from potential damage,” he added.

He revealed that a linear accelerator, a high tech and another cobalt 60 radiotherapy machines are in months’ time expected to be imported from India to supplement the existing machine to avoid any treatment disruptions.

He said the institute is doing what it takes to have the machine reinstated to normal condition saying all other services which include screening and treatments are ongoing.

The new radiotherapy machine was last year purchased from Czech firm UJP Praha, with assistance from the International Atomic Energy Agency (IAEA) and was installed upon completion of a bunker.

The number of patients treated per day has drastically increased from about 10 patients upon re-establishment of the service in November and December 2017 to 150 patients per day by the end of March 2018. This has remained the current average number treated per day, with the exception of the emergency cases.