Parliament typically plays host to sparring debates between the government and the opposition over policies, legislations, motions and other day-to-day affairs relating to the Uganda.
But even as the NRM commands an overwhelming majority, it nonetheless has to contend with outnumbered opposition MPs, who employ filibustering tactics to outfox the government.
There are some Ministers and NRM MPs who wear their hearts on their sleeves, ready to vociferously defend every government proposal, however ridiculous it may be. These are the front-benchers who will take the bullet for the government and argue that no one was tortured following the Arua by-election and that Uganda is a corruption-free country.

On the other hand, there are Ministers and NRM MPs who simply don’t give a damn. These rarely show up in Parliament. You will not hear them boisterously defending Museveni and the government publicly. These are the withdrawn, reserved type who long took a backseat and just watch the nonchalantly as the drama unfolds.

We will start with the diehards, no matter what…
Mwesigwa Rukutana, Deputy Attorney General (MP Rushenyi County)
Rukutuna is a no-holds barred debater who will not shy away from ruffling feathers when it comes to defending contentious government proposals. An almost permanent figure for plenary sessions, Rukutana was the legal shield of the notorious Constitution Amendment Bill that removed age limits. His next assignment is finding a way of forcing through a bill that proposes forceful acquisition of private land for public use. Be sure he will pull all the stops to force through this unpopular law. He leads the government charge in the House.


Ruth Nankabirwa [Government Chief Whip, Kiboga Woman MP]
Angry MPs have roundly accused Nankabirwa of being a jack of all trades and a master of none. Why? Because Nankabirwa literally leaps to the defence of every government position, often stepping in to replace absentee Ministers. Nankabirwa will want to answer questions on topics as disparate as water scarcity, insecurity and bills-literally defending everything government.
Granted, she is the Chief Whip but she takes it too far. Nankabirwa was instrumental during the contentious removal of age limits.

David Bahati [State Minister Finance, Ndorwa East MP]
Bahati is one of the leading lights of the front bench. As junior Finance Minister, Bahati’s most grueling time is during the budget process. Allocation of money is a dicey issue. Every sector will want a lion’s share. Negotiating such allocations is a delicate balancing act but that Bahati excels at.

Maj. Gen. Kahinda Otafiire (Justice and Constitutional Affairs Minister)
This Bushenyi bred politician is known for his confidence and he is among a few ministers who will answer his phone or return a missed call. Otafiire is arguable a great debater and based on that, Otafiire will not fear take on any person in the house defending a government police or his FRONSA comrade President Museveni. Also what makes Otafiire excel is his frankness when it comes to telling the truth.

Chris Baryomunsi [State Minister Housing, Kinkizi West MP]
Chris Baryomunsi is a Paul-turned-Saul or Saul-turned-Paul, depending on which side of the political aisle you fall. Chris, as he is fondly called, was once a “human rights crusader”, as Lwemiyaga County MP Theodore Ssekikubo irritably branded him this week. Chris spent the 2012 Christmas behind bars for questioning the circumstances of MP Cerinah Nebanda’s death.
Chris then said he would never forgive Museveni. Today’s Chris is a reformed man. He now professes absolute, unflinching loyalty to anything Museveni. Time, as they say, heals wounds. 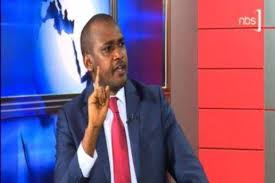 Frank Tumwabaze (Information and Communication Technology)
Like his first name, Tumwabaze will never shy always from defending government and President Museveni. He is never nervous as he is also confident of his actions and decisions. However, lately Tumwabaze has gone low and this is perhaps to give chance to the ever ready Chris Baryomunsi who seem to be in love with the mick. 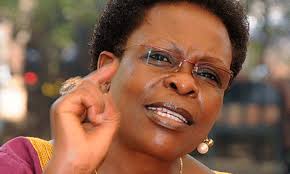 Beti Kamya [Minister for Kampala]
Beti Kamya famously promised Museveni to win the 2021 election with 100 per cent votes in Kampala, courting derision. She was one of those vocal ex-officio during debate on the Age Limit removal. Kamya is a vocal voice and she never minces her words to profess adulation for her darling-Museveni.

Ephraim Kamuntu [Tourism Minister, Sheema South]
Kamuntu is a figure of comedy and ridicule but a passionate defender of Museveni and government policies in the House. When he takes the podium in the House to shout praises for Museveni, opposition MPs cheekily remind him of his days as a UPC henchman.
Adolf Mwesige [Defence and Veteran Affairs Minister, Bunyagabu MP]
Mwesige is an aloof legal brain who only comes out of the shell when a government position is under fire. 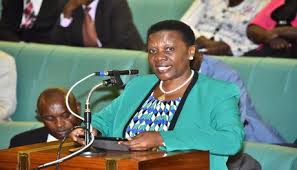 Irene Muloni (Energy and Mineral Development)
She is ever amiably and with figure and facts about her docket but will not pick on an argument in the house to defend government positions. It is said she fears interfering in dockets or duties that aren’t her.
Other are
Elly Tuwmine
Stories Continues after ad 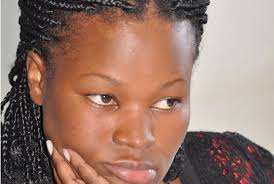 Idah Nantaba [State Minister for ICT, Kayunga Woman MP]
The Kayunga Woman MP is such an indifferent figure to government policies that she was a no-show for the contentious voting on the removal of age-limits. 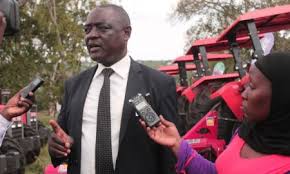 Bamulangaki Ssempija [Agriculture Minister, Kalungu South County]
Ssempija is said to be very active on the ground. He says Agriculture is in the fields and not in boardrooms. Rarely will he be caught locked in verbal brawling with MPs. 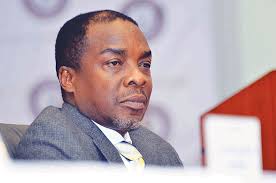 William Byaruhanga (Attorney General, ex-officio)
Picked from the backwaters and appointed Attorney General in 2016, Byaruhanga is an ex-officio who is rarely seen at Parliament. Those close to him say he is a shy and apolitical folk who prefers the lustre of business deals to the rough and tumble of politicking. 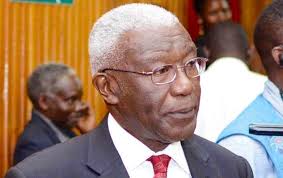 Tom Butime [Local Government Minister, Mwenge Central South]
Age really mellows down. Col. Tom Butime was once so vocal that he rejected a ministerial appointment as Karamoja State Minister on grounds that it was disrespectful. Butime is now meek and subservient.

Others in this category include
Sam Kutesa (Foreign Affairs)
He is either defending the country’s image abroad or busy chasing for his deal and so, might not have time for defending government in Parliament. 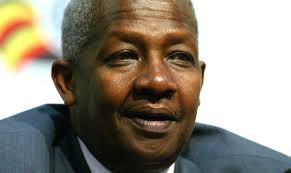 Muluri Mukasa
Betty Amongi
Jiji Odongo
Those that are not here are either care free and don’t want to court controversy or just don’t know how to debate.