KCCA Football Club CEO Josephine Namukisa has resigned from her position with just two weeks left to the kick-off of the 2018/19 StarTimes Uganda Premier League season.

The club, in a statement confirmed that it received and accepted the resignation of Namukisa as the acting CEO of KCCA FC.

Namukisa was appointed as the club’s CEO in June 2017 after long serving David Tamale left the club. 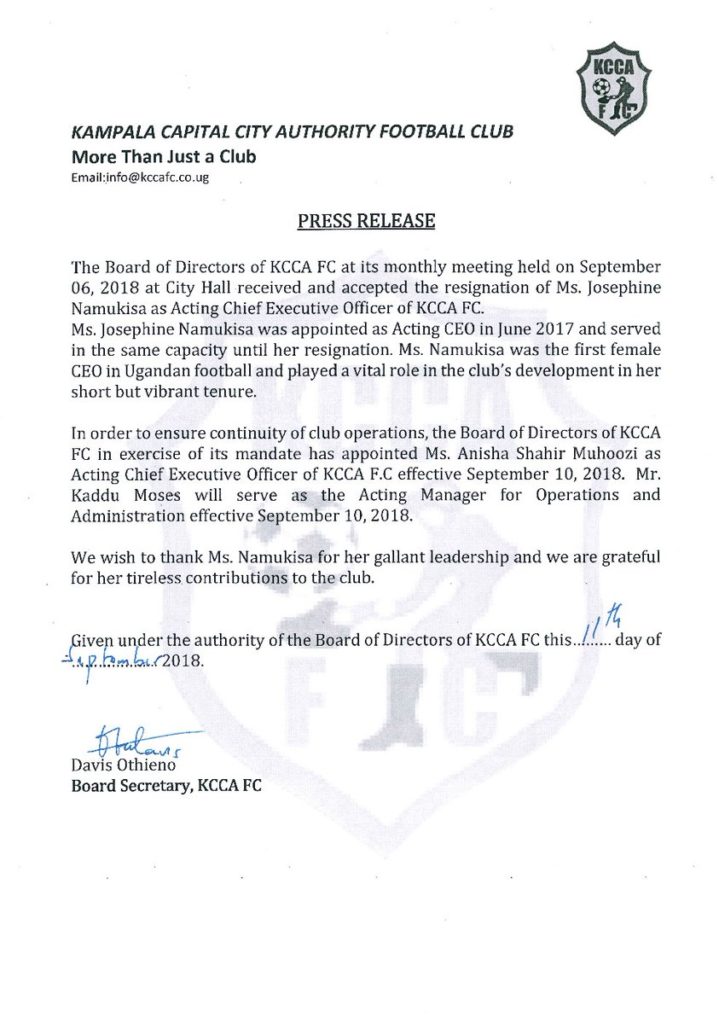 The Board of Directors at the club has then made two appointments. Ms Anisha Shahir Muhoozi will be the new CEO in an acting capacity and she will be joined by Moses Kaddu. Kaddu will also serve as the Acting Manager of Operations and Administration.

Ms. Namukisa made history in Ugandan Football when she became the first female CEO of a major Football Club in Uganda and played a vital role in the club’s development.

During her time, KCCA made history by becoming the first Ugandan club to qualify for the CAF Champions League group stages. The club also won the Stanbic Uganda Cup but lost out on the league to SC Vipers.