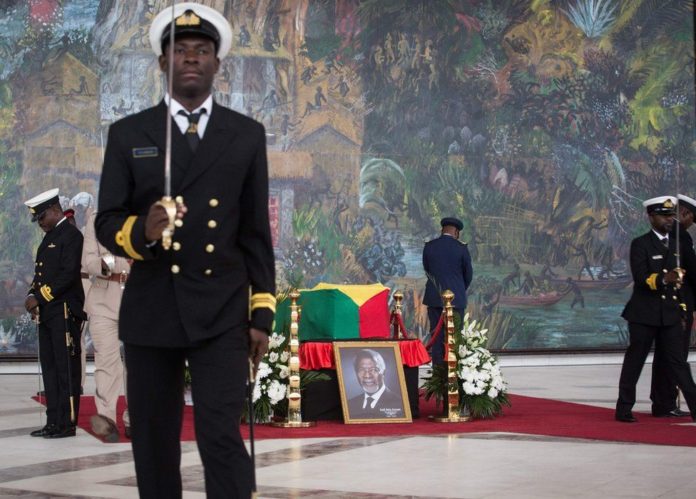 Ghana and the world at large bid farewell to former U.N. Secretary-General Kofi Annan on Thursday in a state funeral attended by African leaders and international statesmen who hailed his record as an advocate for humanity and world peace.

Annan, a Ghanaian national and Noble laureate, died in a Swiss hospital last month at the age of 80. His body was flown to Accra on Monday for burial in his homeland, where he is seen as a national hero.

Around 6,000 mourners packed the auditorium for Thursday’s official service – the climax of a multi-day funeral ceremony, which has seen his coffin, draped in the Ghanaian national colors, displayed for public viewing.
annan1
Current U.N. Secretary-General Antonio Guterres was among the dignitaries in attendance, alongside former Ghanaian presidents, the leaders of Ivory Coast, Liberia, Namibia and Niger, and the Crown Prince of Norway.
In an address, Guterres hailed Annan, who served as the seventh U.N. Secretary-General between 1997 and 2006, as an exceptional global leader with a deep faith in the role of the United Nations as a force for good.

“As we face the headwinds of our troubled and turbulent times, let us always be inspired by the legacy of Kofi Annan,” Guterres said.
“Our world needs it now more than ever,” he said.

The ceremony was projected onto big screens outside the auditorium for the crowds of mourners that could not fit inside the venue. Many commuters in the capital wore black as a sign of respect.
On Wednesday, Annan’s family and Ghanaian dignitaries were among hundreds to file past his casket amid traditional rites by local chiefs and clan leaders. 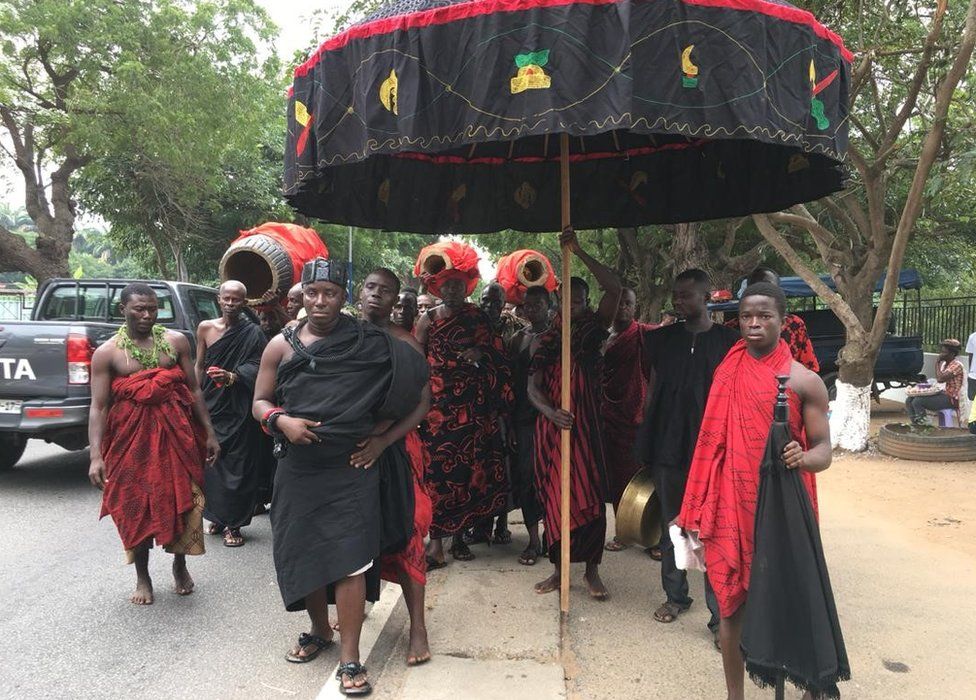 Annan, a Ghanaian of Ashanti lineage, was granted a royal title by the Ashanti king in 2002. The elders said the rites, including presenting him with clothing and water, were necessary to clear the path for a peaceful “travel” for their royal.
Some mourners, like New York-based community mayor Delois Blakely, had flown long distances to pay their respects.

Blakely, who served as an ambassador of goodwill to Africa at the United Nations, told Reuters: “I had known and worked with Kofi for close to 10 years. He spent his life trying hard to fix our broken society.”