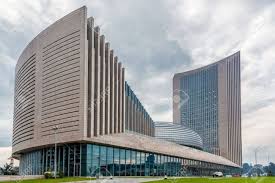 African Union is set to hold the first Forum on Cybercrime that is aimed at strengthening criminal justice authorities through adequate plans of capacity building and synergies with related programmes implemented across the continent.

Africa is exhibiting one of the continents fastest growth rates in Internet penetration worldwide, with digital connectivity that has almost tripled in the last five years. In the same period, both governments and private sector entities in Africa have been experiencing an equally increasing trend of cyber-attacks in line with what has been recorded also on the global level.

The Forum that is expected to kick off on October 16– 18 October 2018 at the African Union Commission premises in Addis Ababa, Ethiopia will engage international actors in the fight against cybercrime and proper handling cross-border of electronic evidence.

Representatives of participating countries will discuss the current situation and share best practices with regional and international organizations, thus creating a network of professionals that will allow them improve the effectiveness of their daily endeavors through the exchange of information regarding common challenges and tasks.

Delegates will also discuss Cybercrime policies and national legislations in respect to regional and international standards and relevant implementation practices.

Regional organizations which are scheduled to participate in the Forum, include the Economic Community of Central African States (ECCAS), the Common Market for Eastern and Southern Africa (COMESA), the Intergovernmental Authority for Development (IGAD), the Southern African Development Community (SADC), the New Partnership For Africa’s Development (NEPAD), the Economic Community Of West African States (ECOWAS), the East African Economic Commission (EAC), the Union Maghreb Arab (UMA), the African Union Mechanism for Police Cooperation (AFRIPOL) and the African Centre for the Study and Research on Terrorism (ACSRT).

It is organized by the African Union Commission and supported by the Council of Europe, European Union, INTERPOL, UNODC, US State Department, UK Government, and Commonwealth Secretariat.