Former Forum for Democratic Change party president, Maj. Gen. Mugisha Muntu and others have quit.
Muntu who seem to have been angered by the defeat of Eng. Patrick Oboi Amuriat has today officially announced that he and others will immediately cease to be members of the FDC party.

Others include Alice Alaso who has been lined as Vice President for Eastern Uganda of the yet to be named party while Kyadondo East legislator Robert Kyagulanyi aka Bobi Wine is said to be lined up for Vice President Buganda Region. 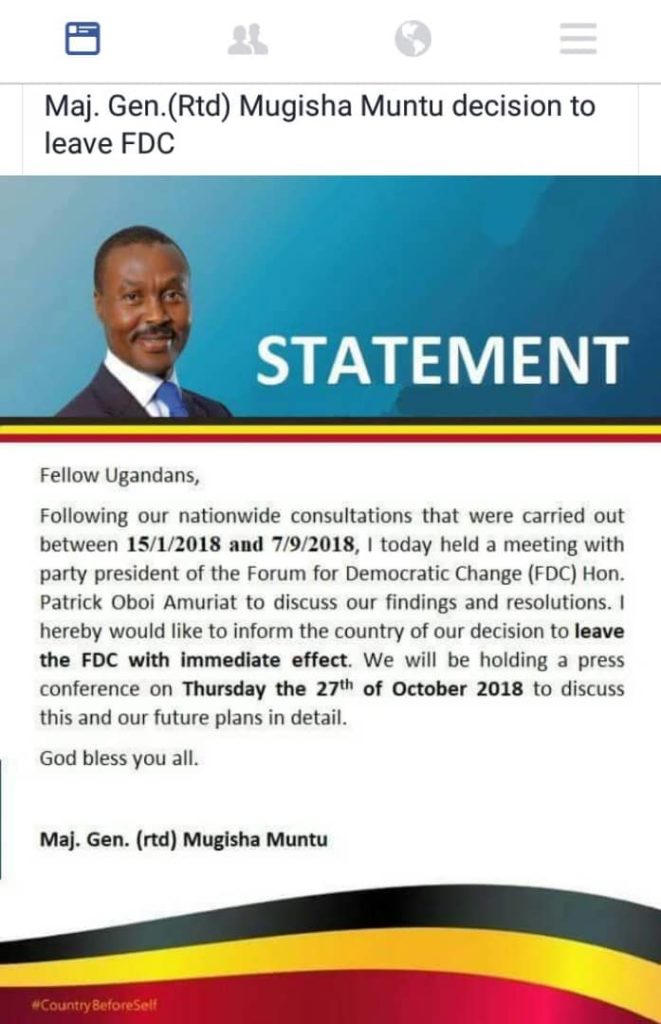 Former Leader of Opposition and Kasese Woman Member of Parliament Winnie Kizza will be representing Western Uganda as Vice President. Muntu and his gathering haven’t picked a name for Northern Uganda.

In his tweet, Muntu says they will address the press conference on Thursday to brief the country on the new party and its members.