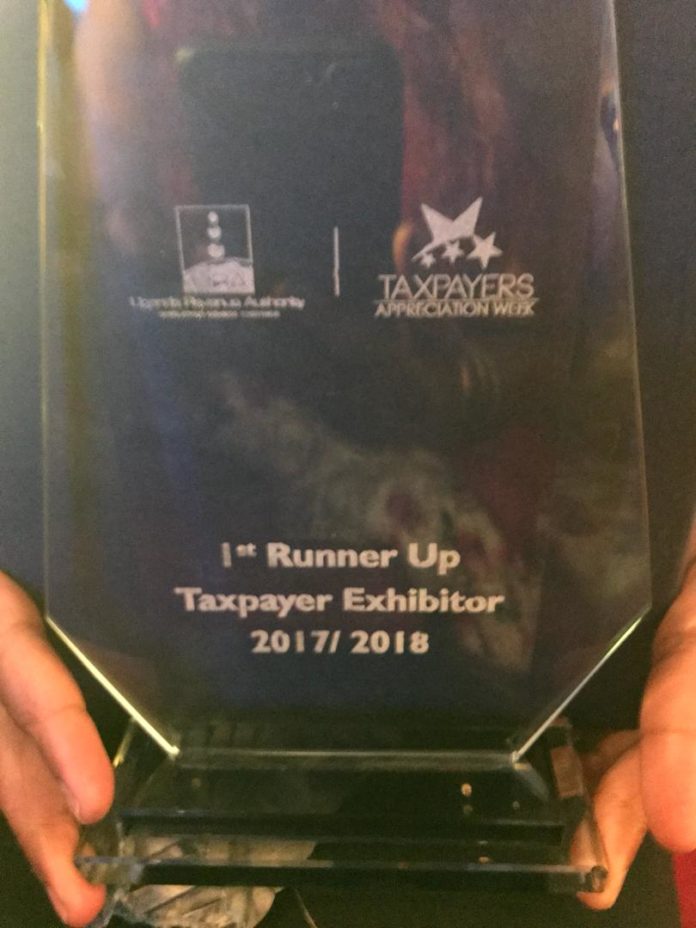 The Ruparelia was among the best private sector exhibitors at the recently concluded Tax Appreciation Week 2018 organised by the Uganda Revenue Authority (URA).

The Group that runs businesses in education, real estate, horticulture, hospitality and among others was awarded for being First Runner-up behind Roko Construction Limited but beat Tembo Steels that was the third in the category that had a considerable number of private firms exhibit their products and services.

Some of the companies under Ruparelia Group include Victoria University, Resort Hotel Munyonyo, Meera Investments, Rosebud Limited and Kabira Country Club, among others.

Ruparelia Group received the award during the Tax Payers Appreciation Dinner at the Kololo Independence Grounds where the top tax payers in various categories were awarded for their tax compliance.

However, the Excel Award, the biggest award of the Taxpayers Appreciation Awards Gala was bagged by Pepsi Uganda. Pepsi Uganda has been at the pinnacle of tax compliance for the FY 2017/18.

The Commissioner General’s Strategic Partner Professional Body Award has been shared by Uganda Clearing Industry and Forwarding Association (UCIFA) (UCIFA) and Uganda Freight Forwarders Association (UFFA). The two entities have been instrumental in the improvement of the clearing and forwarding industry.

The Commissioner General’s Strategic Award in the Ministries, Departments and Agencies category went to judiciary.

The Regional Vantage Individual Award Winners are: Willy Oloya from Northern Uganda, Kushemererwa A from Western Uganda, Martin Tibalira from Eastern Uganda and Virani Amin from the Central Region.