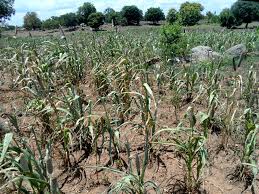 Nakapiripirit district located in the Karamoja region will host the national World Food Day celebrations on October 16, 2018, according to the Minister of Agriculture Vincent SSempijja as one in every three Ugandans faces acute food insecurity, according to the latest Global Hunder Index (GHI) which ranks at 33.

The celebrations will be held at Nabuin Zonal Agriculture Research and Development Institute (Nabuin ZARDI) under the theme: “A zero hunger world by 2030 is possible.” The focus is on hunger, undernutrition, malnutrition and how these variables impact on development.

According to minister Sempijja, the overall nutrition status in Uganda as per Global Hunger Index (GHI) indicators shows: 33 per cent of children below 5 years are stunted; 22 per cent underweight; 6 per cent wasted; 22 per cent of women suffer from maternal malnutrition.
“In Uganda the challenge is population continues to grow at a rapid rate of 3.2 per cent per annum; while agricultural productivity is at 2.9 per cent per annum. There is a 0.3 per cent food gap that must be addressed for all the country is to move towards Zero Hunger by 2030,” warns the minister.

The minister says malnutrition in Uganda affects agricultural productivity as women who provide 60-70 per cent of labor in farming activities are undernourished and underweight due to the heavy workloads gardening, fetching water, collecting firewood and home chores.

The minister says NARO is at the forefront of bio-fortification enhancing nutrient quality of staple foods namely protein rich maize, iron rich beans, zinc in bananas, Vitamin A orange fleshed sweet potatoes among others to address the challenges that come with food insecurity.
Food and Agriculture Organisation (FAO) Representative, Priya Gujadhur, says the latest statistics indicate that 10 percent of the total population in Uganda is food stressed. “Whereas the country is blessed with enough food, and with potential to export more, some regions have remained stressed,” she says.

Globally, over 820 million people are suffering chronic undernourishment, according to the latest FAO 2018 State of Food Security and Nutrition in the World report.
Gujadhur says: “Conflict, extreme weather events linked to climate change, economic slowdown and rapidly increasing overweight and obesity levels are reversing progress made in the fight against hunger and malnutrition.”
“Zero hunger can help build a safer, more prosperous world for everyone. Studies have shown a dollar invested in hunger prevention could return between US $15 and US $139 in benefits and Zero hunger could save the lives of 3.1 million children a year,” says Ssempijja.

In Uganda, the minister Ssempijja says, 85 district local governments that have facilitated development and implementation of Five-year Hunger Eradication Action plans.
He adds that agriculture industrialization driven by Public- Private Sector Partnership or joint ventures is addressing growth of the sector and socio-economic transformation of the country.

Gujadhur says FOA will continue supporting Uganda’s national and institutional efforts to increase resilience among communities and address drivers of food insecurity such as inequities, unbalanced and resource allocation among others.