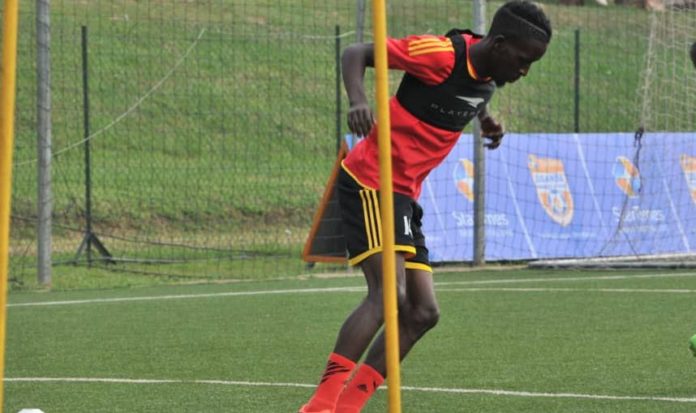 The final Uganda Cranes squad has been named after three days of rigorous training that included a trial match between the Uganda Cranes local based players and a select team of U17, U20 and U23 players at Lugogo.

The trial match ended in a 4-1 victory for the Cranes 4-1 against the select team (U17, U20 and U23). Goals were scored by Patrick Kaddu (2), Allan Kyambadde and Saddam Juma. David Owori scored for the select side
Eight locally based players made the cut while the rest are foreign based. Ibrahim Saddam Juma, Tadeo Lwanga, Allan Kyambadde and Patrick Kaddu are some of the locally based players called up.

Uganda will host Lesotho in the third match of the 2019 Afcon qualifiers at Mandela National Stadium, Namboole on 13th October.
The second leg will be played in Setsoto Stadium, Lesotho on Tuesday, 16th October, three days after the first leg in Kampala.
Cranes still top Group L with 4 points from two matches played. Lesotho are second with two points, on level with Tanzania while Cape Verde are bottom with no point.

Tanzania Taifa Stars will be playing Cape Verde in the other group fixture on the same days.
The 2019 AFCON tournament will be hosted in Cameroon. The competition will be held in June and July 2019 to move it from January/February for the first time. It will also be the first Africa Cup of Nations expanded from 16 to 24 teams.