Bank of Africa has backtracked on its earlier statement and now the financial institution says the $40 million account belongs to Dfcu Managing Director Juma Kisaame.

The bank on Saturday night released a press statement denying that the said account wasn’t for Mr. Kisaame. 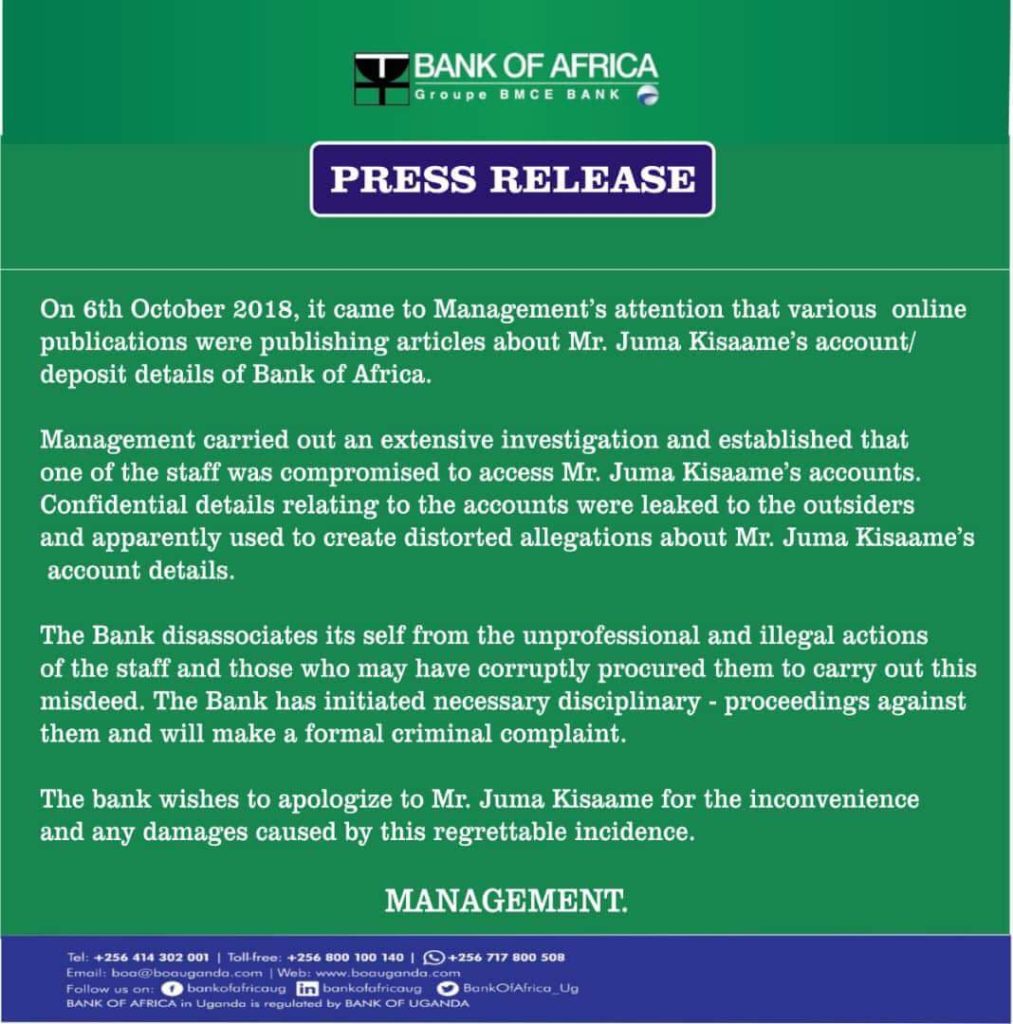 “Bank of Africa-Uganda Limited would like to inform its estimated customers and the general public that the financial document supposedly belonging to Mr Juma Kisaame, circulating on some media platforms are maliciously fabricated and should be disregarded. The bank dismisses this story with the contempt that it deserves and advises its customers and general public to ignore it as unfounded. We would like to reassure the public that the bank treats all customers’ information with utmost importance, confidentiality and integrity.” Reads the early communication the bank released on Saturday night. 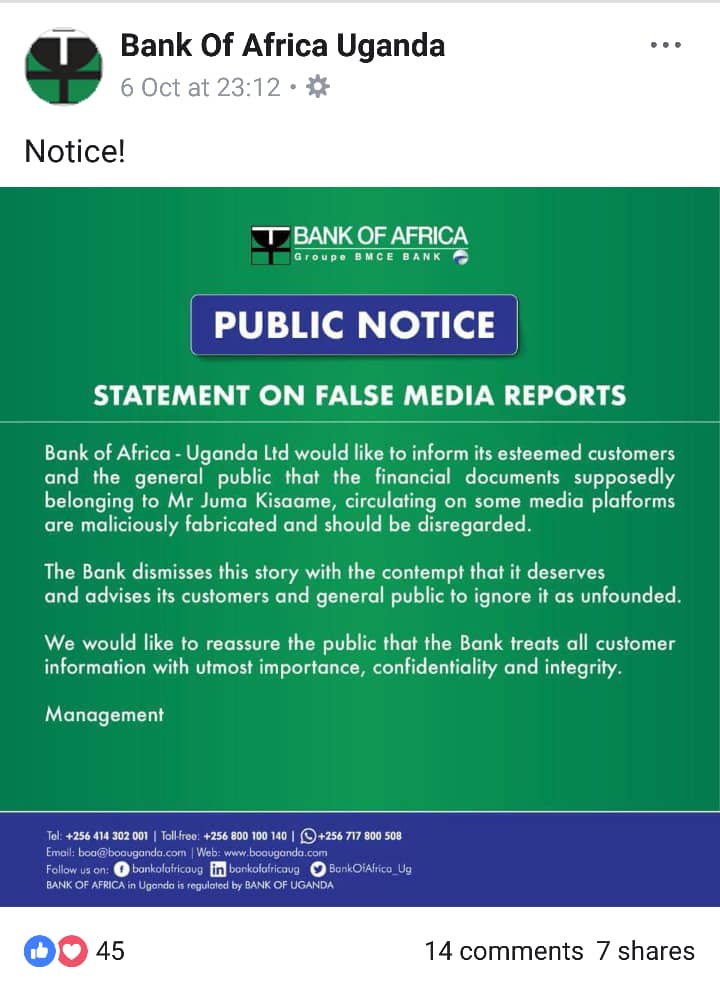 However, last night again, the same bank released another acknowledging the said account to be Mr. Kisaame’s. The bank says that through internal they found that an employee could have been compromised to leak the account details.

“On 6th of October 2018, it came to management’s attention that various online publications were publishing articles about Mr. Juma Kisaame’s account/deposit details of Bank of Africa. Management carried out an extensive investigation and established that one of the staff was compromised to access Mr.Juma Kisaame’s account. Confidential details relating to the account were leaked to the outsiders and apparently used to create distorted allegations about Mr Juma Kisaam’s account details. The bank disassociates its self from the unprofessional and illegal actions of the staff and those who may have corruptly procured them to carry out this misdeed. The bank has initiated necessary disciplinary proceedings against them and will make a formal criminal complaint. The bank wishes to apologise to Mr Juma Kisaame for the inconvenience and any damages caused by this regrettable incidence” reads the second statement.
bank of africa jum statement (2)
Eagle Online has learnt that Mr Kisaame used part of the $40 million to construct his state of the Viva school in Jinja. Also as of yesterday, Financial Intelligence Authority and Economic Monitor Unit in Internal Security Organisation had picked interest in the said account and soon both Kisaame and Bank of Africa are likely to be summoned to give more light on what was the purpose of the money.