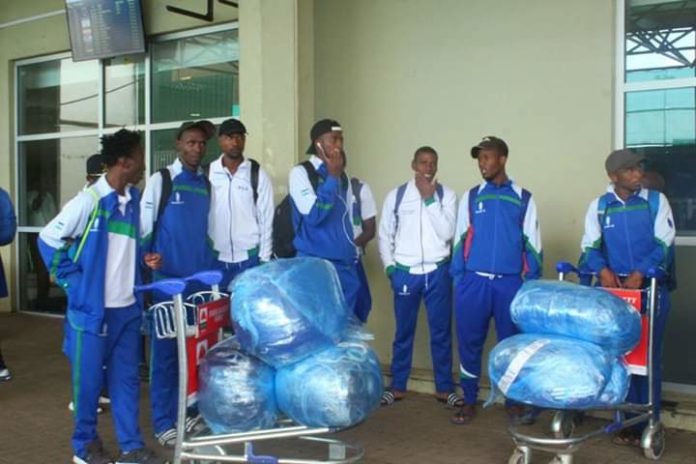 The Lesotho National Football team arrived in Uganda yesterday night ahead of their third 2019 AFCON qualification match against the Cranes on Saturday 13th, October.

They will conduct a training session at Namboole stadium before the encounter on Saturday as per the FIFA rules which dictate that the away side trains on the pitch the where the match will be played.

Uganda faces Lesotho on Saturday at the Mandela National stadium in the first leg before Cranes head to Maseru in Lesotho to face-off again with the Likuena on Tuesday, 16th October.

Meanwhile, Egyptian match officials will handle the first leg of the 2019 AFCON qualifier at Namboole.

Amin Mohamed Omar will be the centre referee. He will be assisted by Samir Gamal Saad and Mahmoud El Regal as the first and second assistant referees respectively.

For the second leg in Lesotho, officials from Comoros will be in charge of the match.

They are; Ali Mohammed Adelaid, who will be the centre referee while Soulaimane Amaldine and Said Omar Chebli as the first and second assistants.

Cranes still top Group L with 4 points from two matches played. Lesotho are second with two points, on level with Tanzania while Cape Verde are bottom with no point.

Tanzania Taifa Stars will be playing Cape Verde in the other group fixture on the same days.

Coach Desabre will be seeking for his second victory since he was appointed. He has won only once, against São Tomé and Príncipe (3-1) in a friendly and picked up five draws and four defeats.

The 2019 AFCON tournament will be hosted in Cameroon. The competition will be held in June and July with 24 teams to take part.