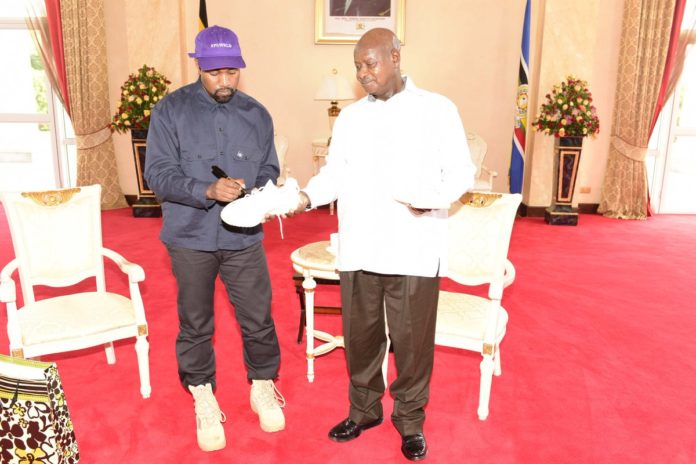 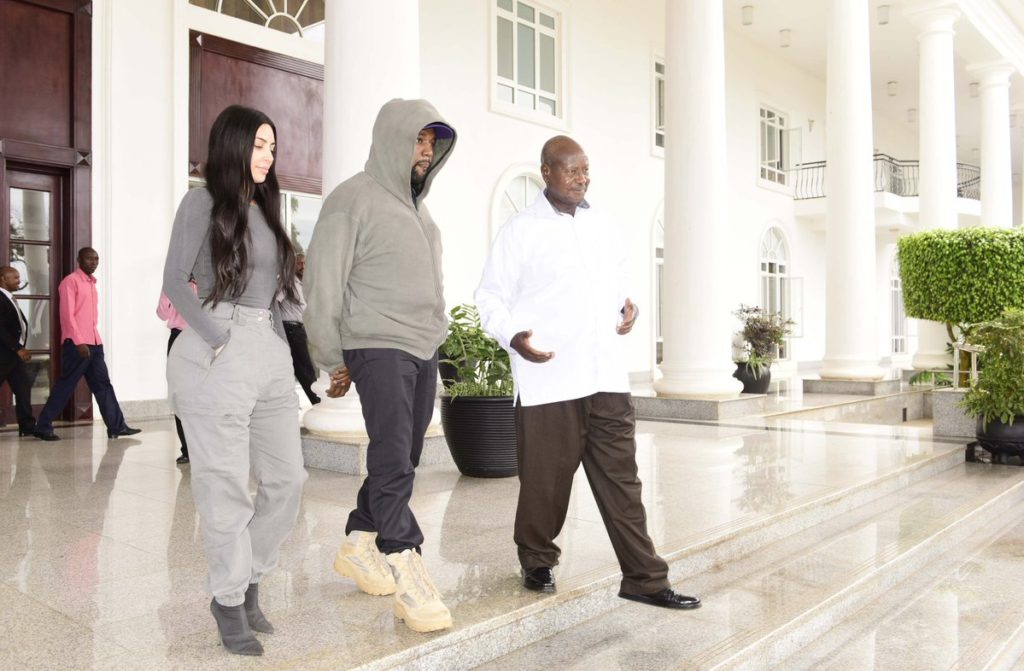 The two met President Yoweri Museveni and his family at State House Entebbe after a three day visit to the country. 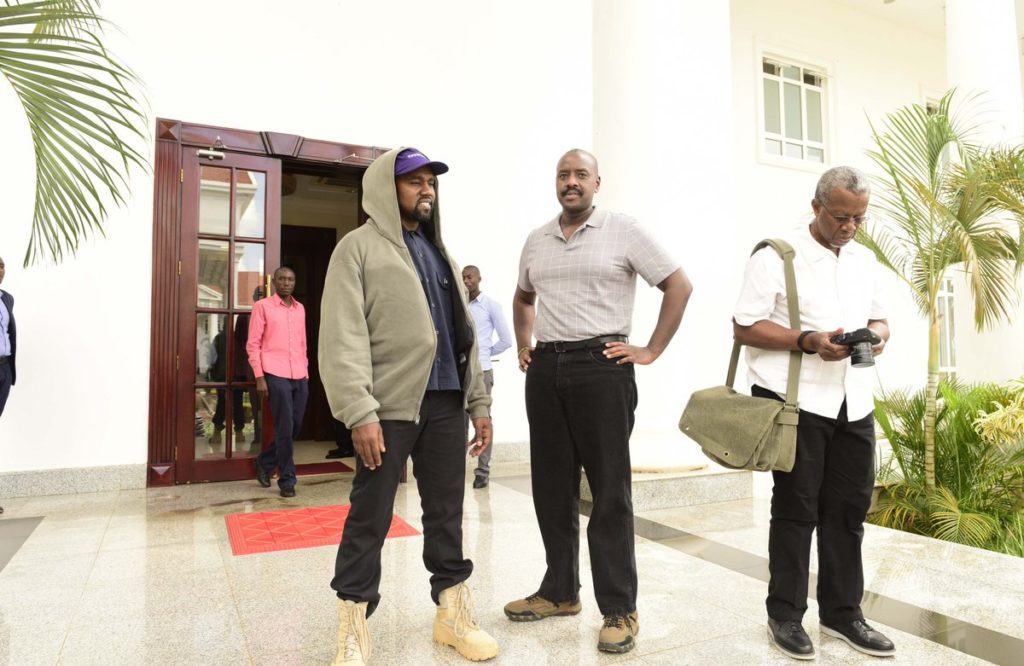 Kanye and Kardashian plus their first-born daughter North West, visited Chobe Safari Lodge, where they resided. Chobe is situated in Murchison Falls, the largest of Uganda’s 10 national parks, and lies astride River Nile, the world’s longest river.
Museveni tweeted “I welcome American entertainment stars Kanye West and @KimKardashian to Uganda. I held fruitful discussions with the duo on how to promote Uganda’s tourism and the arts. I thank Kanye for the gift of white sneakers. Enjoy your time in Uganda. It is the true Pearl of Africa”. 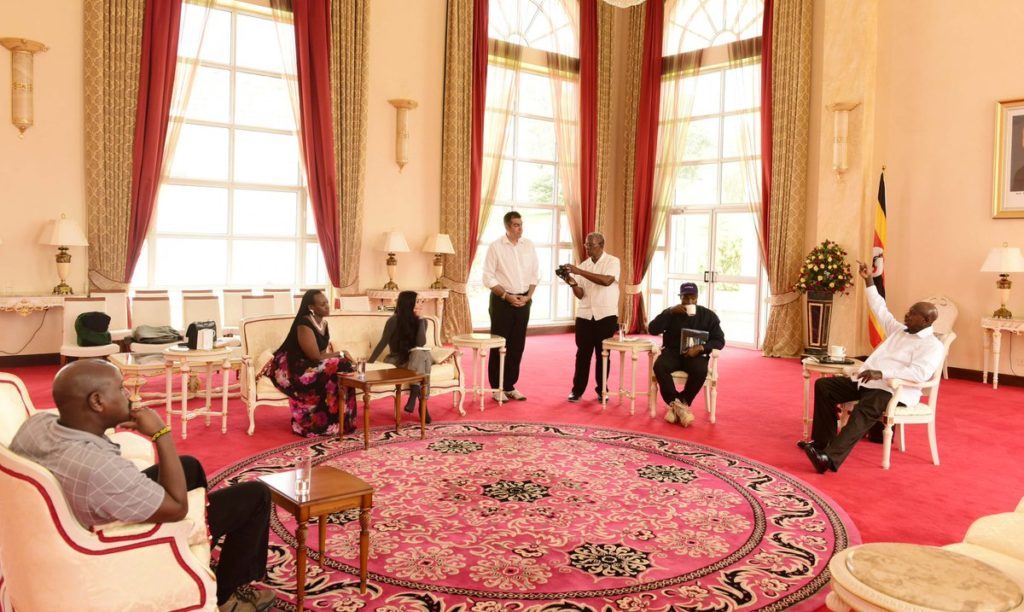 Kanye recorded songs, and by some accounts a video shoot, for an album to be released on November 23 or Black Friday.