Musisi has given up to December 15, 2018 when she will relinquish her position
In a letter dated October 15, 2018, to the appointment authority, the president, doesn’t not state the reason for her resignation.

“This is to submit my resignation from the position of Executive Director, Kampala Capital City Authority with effect from December 15, 2018. Your Excellency, over the last seven and half years, we have made progress towards transforming Kampala and below are some of our performance highlights” Musis wrote. 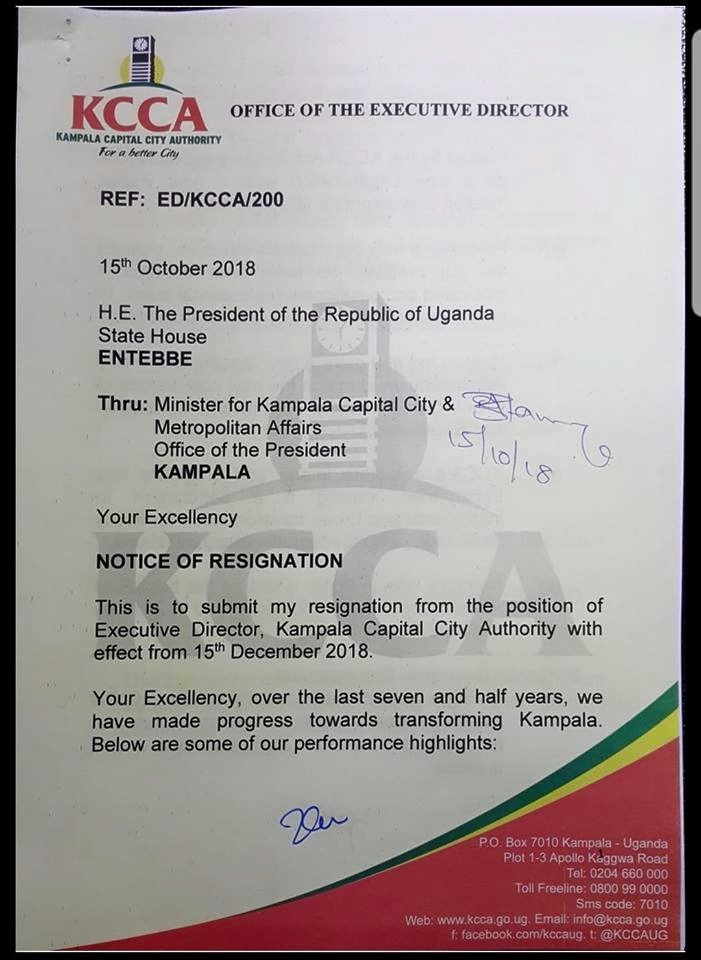 Sources at State House told Eagle Online that Musisi has been frustrated from the time the president blamed her for his poor performace in Kampala.

“She has been unenthusiastic about meetings the president has been summoning concerning KCCA as she has been sending directors to represent her. At one time, the president asked if she wasn’t available for the next meeting, he would chase the directors” the source said. 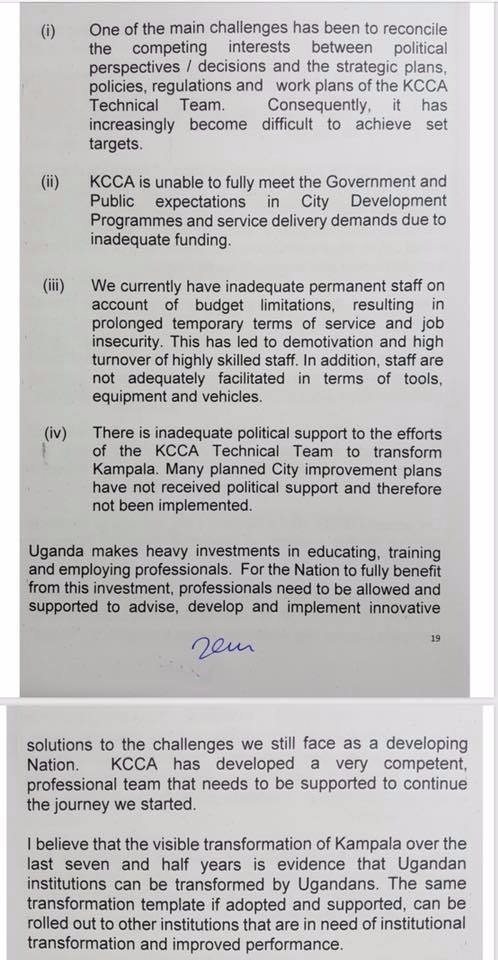 Musis has been at loggerheads with the Lord Mayor and hasn’t had a smooth time at city hall.
Senior Presidential Press Secretary, Don Wanyama couldn’t confirm the development but told Eagle Online that the letter looked authentic.