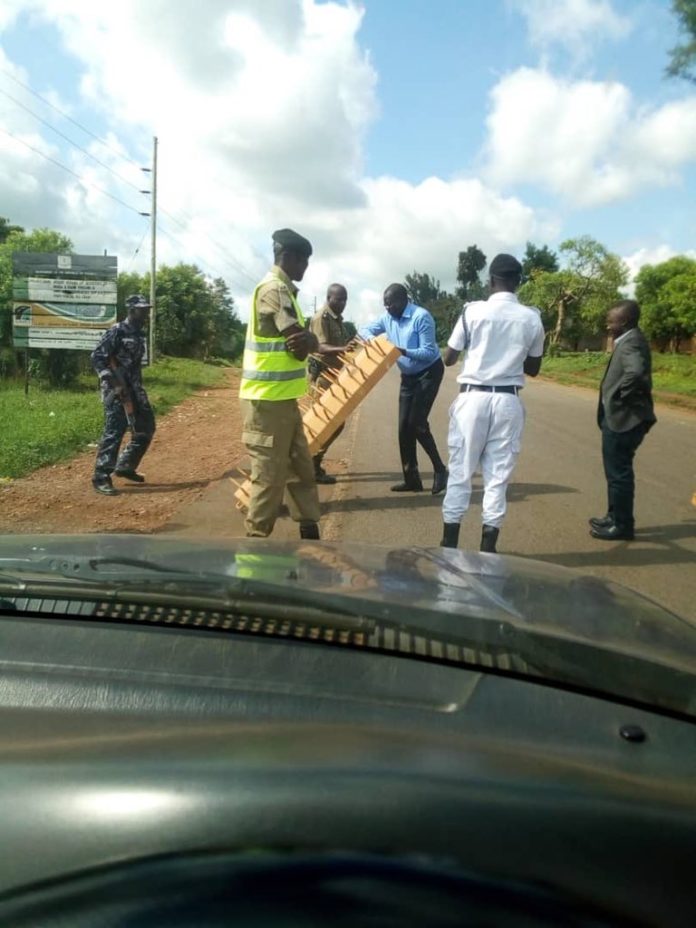 Forum for Democratic Change party president, Patrick Amuriat has been released after he was nabbed trying to access Kasese party offices.

Amuriat was earlier in the day blocked from going to Kasese however, he circumvented police and escaped at Rwimi where they had mounted a roadblocks.

It was his first time to visit the area after sacking Kasese woman Winnifred Kiiza and replaced her with Gulu district woman Member of Parliament, Betty Aol Ochan. Kiiza is expected to join New Formation, a political faction that was created and led by former party president Gen. Mugisha Muntu.

According to a statement published by FDC party, he escaped and passed through the mountains and got on a Boda-Boda to FDC office where he was arrested. He was driven to Kampala but police vehicle that was returning him ran out of fuel in Fort Portal and was subsequently left free.

Amuriat and MP William Nzoghu were on their way to attend party meeting organised by district party chairman Saulo Maate. Leaning on the Public Order Management Act, their meeting was disrupted by police because they said it was illegal.

This is not the first time that police is blocking Amuriat from meeting party members, he was last month barred from accessing Kumi, Bukedea and Soroti districts.