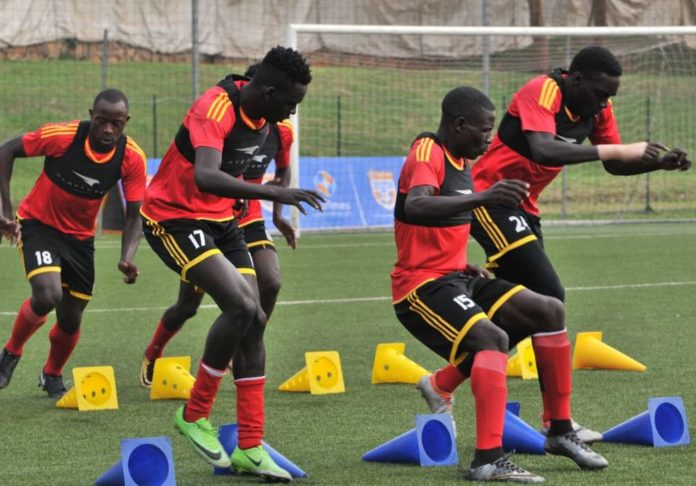 The Uganda National football team, Cranes are one point away from qualifying for the 2019 African Cup of Nations tournament in Cameroon.

Uganda will need at least one point from its last two matches, which will be against Cape Verde (home) and Tanzania (away).
Faruku Miya scored a brace as Uganda Cranes out-muscled Lesotho Likuena (The Crocodiles) 2-0 at the Setsoto stadium in Maseru Stadium on Tuesday night.

Meanwhile Tanzania overcame Cape Verde to move to 5 points, Cape Verde remains on 4 and Lesotho just two points from the four matches played.
Uganda Cranes will return to action next month, on 16th November 2018 against Cape Verde at the Mandela National Stadium.

On the other hand, Tunisia and Egypt wrapped up Group J slots for next year’s final tournament after victories in Day Four matches on Tuesday.

Tunisia recorded a 2-1 win over Niger in Niamey to maintain their unbeaten run while The Pharaohs on sealed their place on the wings of a 2-0 win over Swaziland away in Mavuso.
Meanwhile, Madagascar achieved unarguably the brightest moment in their footballing life after beating Equatorial Guinea 1-0 on Tuesday, to qualify for next year’s final tournament with two matches to spare.

Cameroon (hosts), Senegal, Madagascar, Tunisia and Egypt are the only five countries to confirm their places at the tournament.

The 2019 AFCON tournament will be hosted in Cameroon. The competition will be held in June and July 2019 to move it from January/February for the first time.
It will also be the first Africa Cup of Nations expanded from 16 to 24 teams.