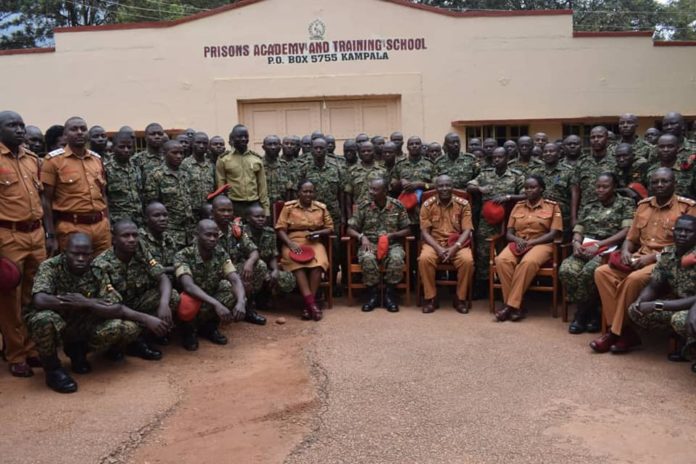 A total of 145 military police personnel have been equipped with prisoner handling and management skills at Luzira Prisons Academy and Training school (PATS) Kampala.

The course that was tailored around professional handling and management of prisoners in relation to the demands of the world is preceded by reports of inmates and suspects being tortured by security agencies of police, the disbanded fraying squad as they try to extort information from them.

Commissioner General of Prisons Dr. Johnson Byabashaija congratulated the newly passed out MP soldiers upon successful completion of the course. That covered Human rights, rehabilitation and reintegration, prisoner’s contact to outside world.
“It was hands on course and more tangible, where by role plays and demonstrations were used to impart both theoretical and practical skills to trainees,” said in a statement read by Regional Prison Commander Kampala extra Commissioner John Bosco Tumwebaze.

He implored them to walk the talk and perform diligently in their duties. He noted that Military police has been fully equipped with skills in handling and managing of prisoners and therefore the course’s objective was achieved.
The Chief of Training and Recruitment (CTR) in UPDF Brigadier Jim Wills Byarugaba, lauded the Commissioner General of Prisons Dr. Johnson Byabashaija for enabling the prisons academy to train UPDF military police.