The latest news in the local banking industry is that The Managing Director of Tropical bank Kreshi Sameh Mahmud has had his contract terminated and asked to handover office immediately.

The termination letter was written by the Bank’s board chairman Gerald Ssendaula on October 1, 2018, stating that Mahmud’s bank account was continuously being overdrawn which goes against Bank of Uganda regulations. 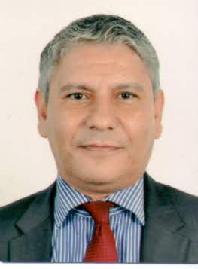 “It is within your knowledge that during the on-site examination of Tropical Bank Ltd for the year 2017, Bank of Uganda established that your account was continuously overdrawn. The Central Bank recently conducted a follow up examination and established that the anomaly was never rectified as the overdrawn position was only regularized as recently as 12th September 2018, 3 months after the same was highlighted to the Board of directors,” Ssendaula wrote.


However, other sources say there is a clique of mafias in the bank eying US$ 7 million lying on one of the accounts for Libyan shareholders and would want to withdraw and shared it. “That’s the reason the termination of the MD is very urgent. That once he is out of the country, it will be easy for them to withdraw this money,” a source says.