Uganda Premier League side Express football club have appointed fitness expert Robert Ssebugwawo into a new role as a leading nutritionist, mental and physical coach to the club’s backroom staff.

The Red Eagles have added Ssebugwawo to help on the players’ general health and fitness as they continue to adopt to the modern day footballing standards and methods.
Robert Ssebugwawo is currently the physical fitness and nutritionist specialist for Parliament of Uganda. Before that, he was the Physical Activity and health diet consultant with University of southern California Institute for global health.

The club Chairman, Mr. Kiryowa Kiwanuka, in part of the letter said, “When my executive took over the reins at Express FC, I stated that one, we intended to raise Express FC footballing pedigree. Two, raise Express FC competitiveness through application of modern day footballing standards and methods.”

Below are the full details on what the chairman Mr. Kiryowa Kiwanuka says about Coach Bob’s appointment and his profile: 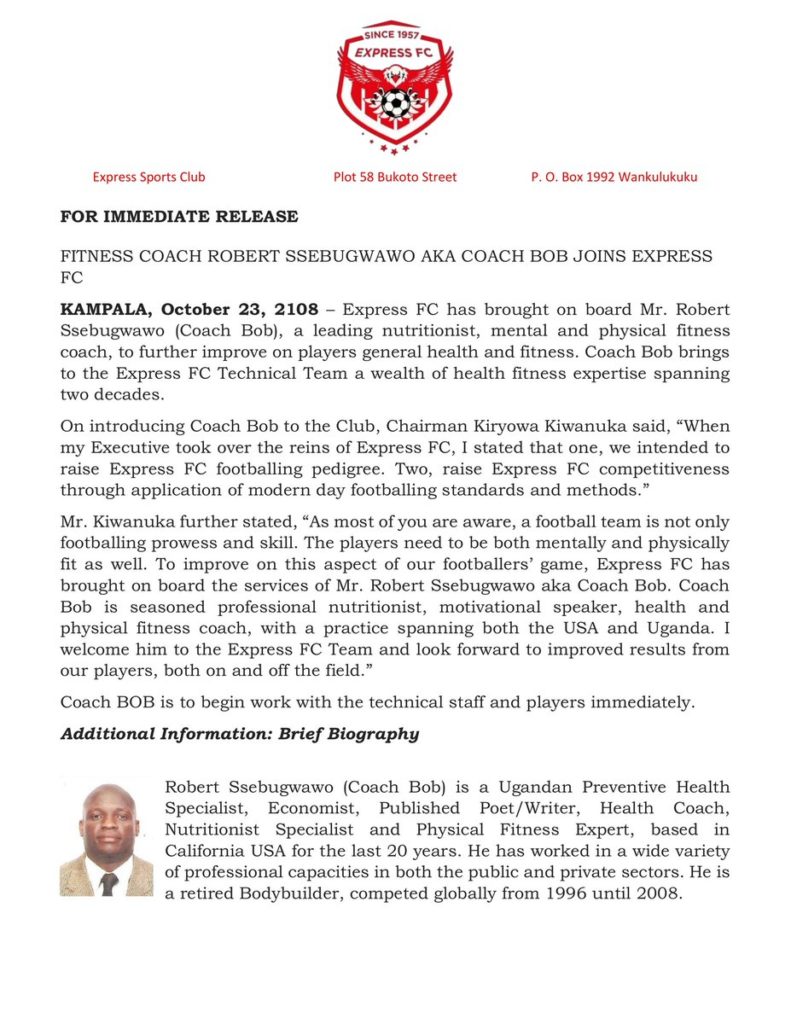