Dfcu Bank has named its Chief of Business and Executive Director, William Sekabembe, as new Managing Director (MD) following the resignation of Juma Kisaame who has been serving in that position.

Eagle Online days ago published a letter in which Sekabembe declined KCB Uganda’s offer to become their new MD. Sekabembe had all along been wanting to leave Dfcu but was convinced by directors there to stay with the promise that they would give him a fat management job and now he has got it. 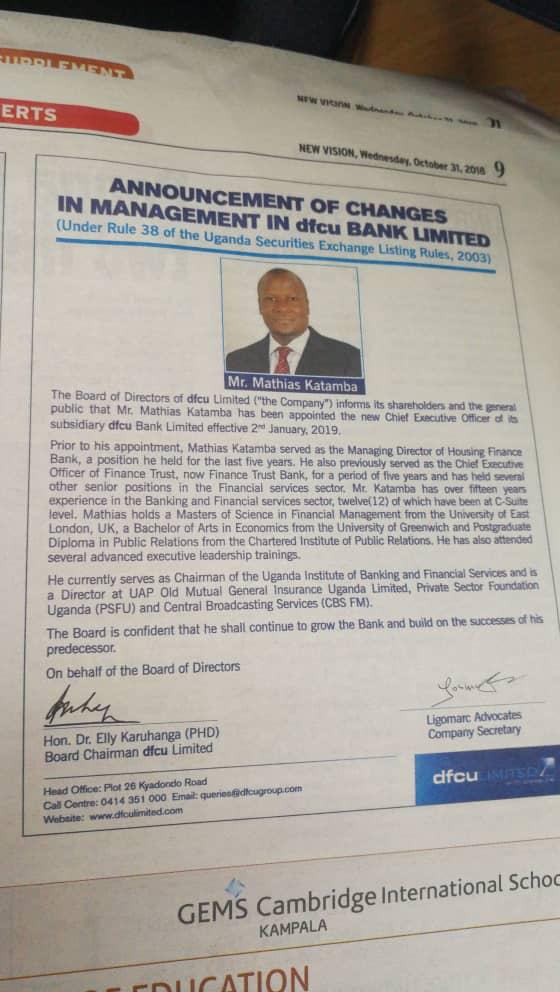 The two men are now expected to turn-around the fortunes of Dfcu Bank which has not settled ever since it acquired its rival Crane Bank Limited (CBL) in a controversial transaction that was recently queried by the Auditor General John Muwanga in his special audit report of Bank of Uganda on defunct banks. Dfcu acquired CBL at Shs200 billion. 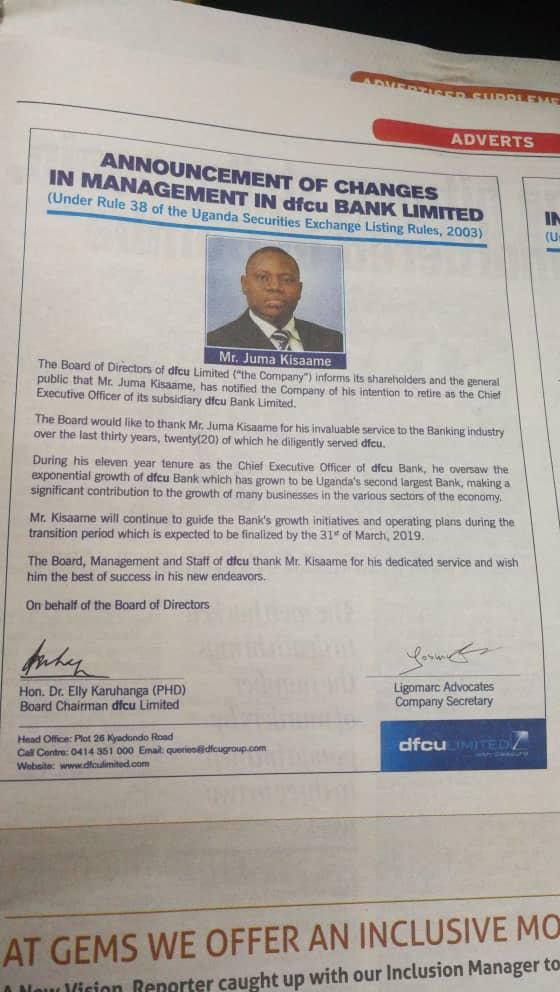