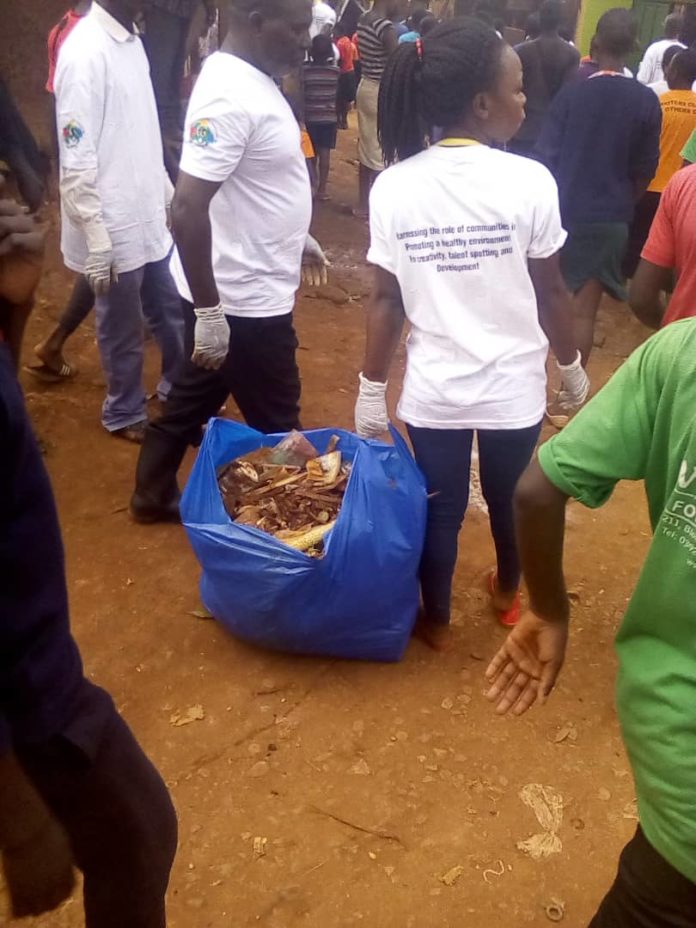 Under the theme ‘My Environment My Identity’,CEPCOM is piloting the community campaign initiative in Makindye Ssabagabo division and Kyengera Town Council of Wakiso district communities.

According to Executive Director of CEPCOM, Stephen Kuteesa, campaign activities include; a football tournament which is used as mobilization tool to bring people together especially the youths who are the key stakeholders of building bridges for peaceful coexistence.

“The youths are grouped in football teams according to their areas of residence and work to create peaceful and healthy competition with grand prizes,” he said.

He said, communities are expected to support teams and use every moment of the matches to build each other for a better environment.

“The participants are turned into reliable ambassadors of CEPCOM vision of building bridges for peaceful co-existence,” he said at makindye.

The campaigned flagged off with a series of activities which include a community procession to
clean the environment by picking litter to emphasize that it is everyone’s responsibility to
ensure a safe environment is attained.

He emphasized that the decision to use football as a major activity based on the fact that the youths make up the biggest number of Uganda communities without employment or grappling in less meaningful employment yet they could identify their purpose through networking that comes with recreation activities.

“If the youths buy and believe in building bridges for peaceful coexistence that it will challenge their individual obligation to start with their communities of residence and work as role models”.

The Launch was graced by the John Nkemba the Secretary for Health Mkaindye
Sabagabo division who represented the Mayor of Makindye division.

Adding that bureaucracy in accessing community services frustrate the local leadership efforts which eventually compromises the relationship between the communities the leaders.

He commended CEPCOM’s efforts to achieve peaceful coexistence saying such initiative require the full support of the local and central leadership for they offer an amiable services.

Center for Peace and Conflict Mitigation ( CEPCOM) is a none government organization
working with communities to build bridges for peaceful coexistence.