This week, Uganda has been a spotlight country at the Africa Oil Week – 25th anniversary 2018 in Cape Town, South Africa.

The Uganda Delegation was led by Hon. Irene Muloni Ministry of Energy and Mineral Development who gave the keynote address at the Uganda Roadshow.

The upstream Tilenga and Kingfisher projects were also highlighted during the AOW with a presentation from Mr. Philips Obita, Head Development and Production at the Uganda National Oil Company – UNOC.

Minister Muloni also addressed a press conference during the week and reiterated Uganda’s preparedness for petroleum production. She appreciated the Joint Venture Partners in the industry, CNOOC Uganda Limited, Tullow Oil plc Uganda Operations and Total E&P Uganda Limited for the investment and support in Uganda’s oil and gas sector, so far. 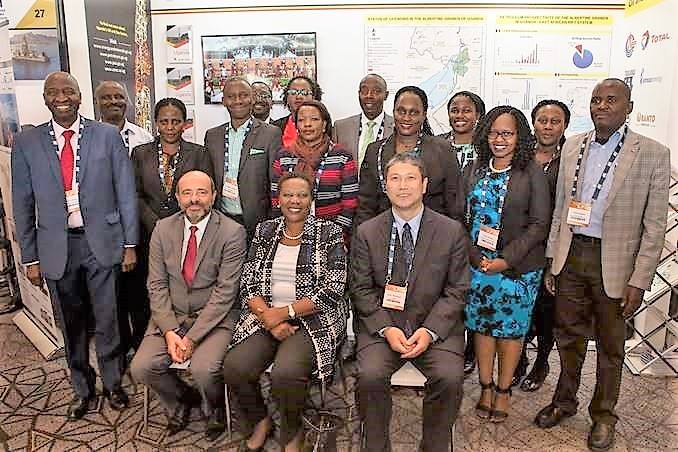 Uganda, which is developing oil deposits but has yet to begin production, will launch its next bidding round for oil exploration licences in May next year, according to Rubondo.

Uganda discovered 6.5 billion barrels worth of hydrocarbon deposits 12 years ago in the Albertine rift basin near its border with the Democratic Republic of Congo but production has been repeatedly delayed by disagreements with oil companies over field development strategy and tax disputes.

“We will have a road show first and then we will start the bidding round in May next year,” Rubondo, told reporters on the sidelines of the Africa Oil Week conference.

Total and China’s CNOOC are aiming to begin production in Uganda in about two years’ time.