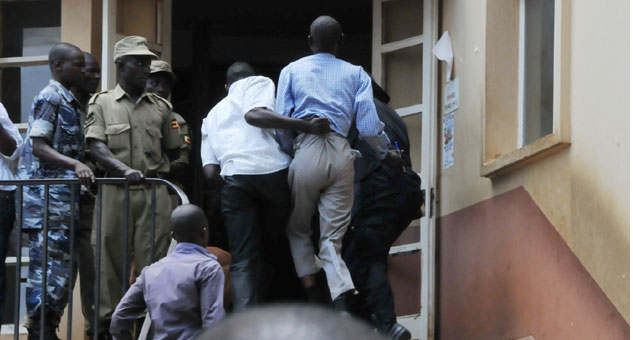 Which airport/airstrip do we see the recently sacked flying squad landing in?
As a country, we have and continue to unleash to staggering numbers unspeakable, unmonitored armed groups (Iraqi, Afghanistan, Crime Preventers e.t.c.), putting our national security in danger.

Here below are two cases to explain the country’s security situation. We have all probably heard the story of the Frog and the Scorpion. The Scorpion which could not swim one day came down to the edge of the fast moving stream and noticed a Frog sitting there.
“Would you be willing to give me a ride on your back across this stream’’ asked the Scorpion.
“Do you take me for a fool?’’. That no sooner would I get mid-stream than you would sting me?’’ the Frog replied. “now why would I do that?’’. The Scorpion asked. “if I stung, we would both drown.’’ The frog thought for a moment and decided that the Scorpion actually made sense.

So he let the scorpion climb aboard and began swimming across the stream. Half way out, the scorpion jabbed the Frog with a vicious sting. As they both floundered in the fast moving water, the Frog gasped “you fool why did you do that?”. Now we are both going to drown. “I know”, the scorpion answered sheepishly as he sank beneath the surface. But you see I can’t help it. It is just my hopeless nature said the scorpion.

A Southern Californian newspaper, several years ago had carried the following article “a young man who lived in the Western States had never done anything (criminally) wrong. But one day while playing a game of cards (Matatu), he lost his temper picking up a revolver; he aimed, shot and killed his opponent. The young man was arrested, tried and sentenced to hang. Because of the innocent life history he had previously lived, his relatives, friends and clerics got up a petition for him. It seemed as though everyone was eager to sign it. Before long other municipalities, town and villages had heard about it, and people all over the place endorsed the petition. At last it was taken to the governor who happened to be a staunch Christian also and tears came to his eyes as he looked at the large baskets filled with petitions. The governor decided to pardon the young man.

The governor having written the pardon, put it in his pockets and camouflaged in a clergyman’s garb and made his way to the maximum prison as he (governor) approached the condemn cell, the young prisoner sprang to the bars. “Get out of here” he yelled, “I don’t want to see you”. I have had enough of religion at home and seven of your kinds have visited me already”. But intervened the governor “wait for a moment young man, I have something for you, allow me talk to you”. “Listen” exclaimed the young man in anger” if you don’t get out of here now, I will call the guards to force you out”. As the garbed governor went away, the prison warden then came in to the young man telling him that the departing man was actually the governor who had come to pardon him.

The day came for the young man to die. “is there anything you want to say before you die?” yes he answered. “Tell all the young men in America that I am not dying because of a crime, not because I am a murderer. The governor pardoned me.
I am dying because I was arrogant, adamant and did not give a chance to the pardon”.
Should Ugandans also wait until it is too late?