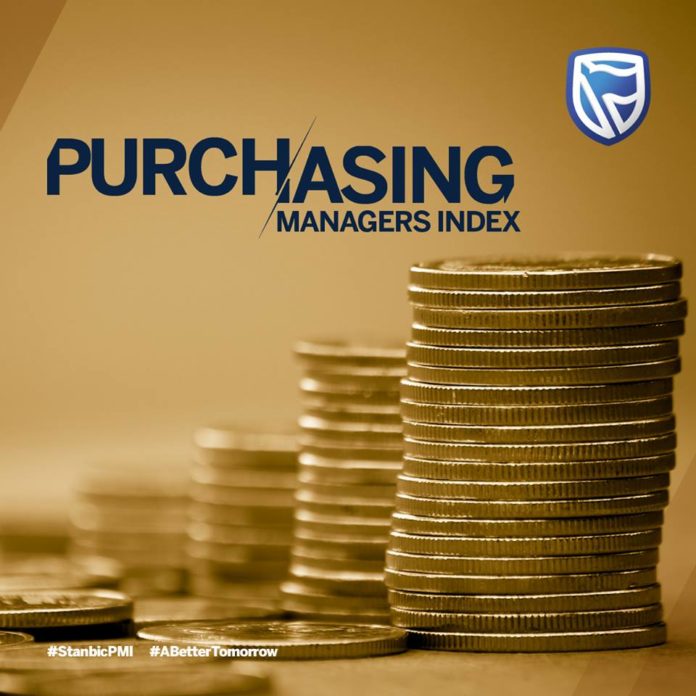 The headline Stanbic Bank Uganda Purchasing Managers’ Index (PMI) posted 56.6 in October, up from 54.2 in September and recording above the 50.0 no-change mark for the twenty-first successive month. The latest reading was above the average since the survey began in June 2016.

Four of the five monitored sectors saw business conditions improve during October, the exception being industry. New orders continued to expand at the start of the fourth quarter of 2018, extending the current sequence of growth which began in February 2017.

Panelists linked the latest rise to higher customer numbers and improving demand in the economy. Rising customer numbers also supported growth of output, which increased for the twenty-first month in succession. Each of the five monitored sectors saw activity rise.

Despite increases in new orders, backlogs of work continued to decrease. Panelists indicated that this was due to the expansion of workforce numbers. Employment has risen throughout the 29-month survey history so far.

Agriculture, construction and services all posted increases in staffing levels in the latest survey period.

The latest rise in purchase costs reflected higher prices for materials such as food, ink and stationery. The passing on of higher input prices to customers resulted in a further monthly increase in output charges. Selling prices rose in the industry, services and wholesale & retail sectors, but fell in agriculture and construction.

Ugandan companies raised their purchasing activity for the eighth successive month in October, linked to rising new orders. This contributed to another monthly increase in stocks of purchases. Meanwhile, the timely placement of orders helped suppliers to speed up their deliveries, in spite of the increase in demand for inputs.

The PMI is a composite index, calculated as a weighted average of five individual sub-components: New Orders (30 per cent), Output (25 per cent, Employment (20 per cent), Suppliers’ Delivery Times (15 per cent) and Stocks of Purchases (10 per cent). Readings above 50.0 signal an improvement in business conditions on the previous month, while readings below 50.0 show a deterioration.